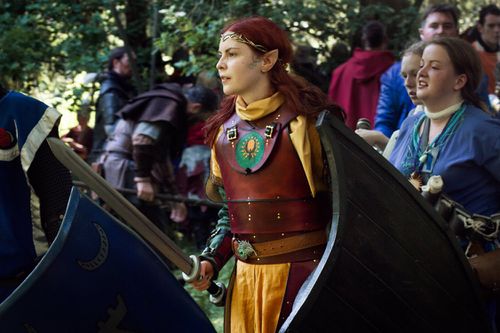 Any lineage is generally considered a mark of distinction in Dawn and individuals of every lineage, particularly the changeling and cambion, are common in many noble houses. Lineage clearly identifies an individual as being special, and great things are assumed of those who possess any amount of lineage. As a result, the Tests of Mettle are often significantly harder for those with lineage, not because of prejudice but simply because their "magical blood" is assumed to give them an edge.

A small number of noble houses are pure-bred, setting their Tests of Mettle such that only those that share their lineage can pass them. These houses often send their human-born children to other houses, and prefer to foster lineaged children. They are often equally accepting of yeofolk children with lineage, and some actively seek them out. This practice is particularly common with changeling houses. 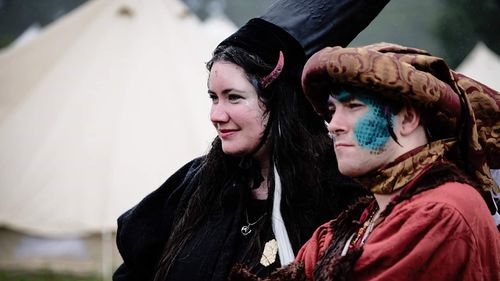 The nage lineage prospers in Dawn.

The naga lineage prospers in Dawn, especially in the ranks of the troubadours. Their instinctive understanding of passion and the drives of their blood synergize well with the priestly calling of the troubadour; they follow the historical role played by Lord Cien in the founding of Dawn. Naga troubadours have an especial knack for, or interest in, arranging and nurturing romances between noble and yeofolk alike, and many ensure that the tales of tragic romantic love that underpin many more glorious legends are not forgotten. There is a tacit understanding and acceptance in Dawn that naga troubadours play an active part in match-making between nobles and those seeking to arrange lovers' trysts will often seek out their assistance.

There are several noble houses made up entirely of nobles with the changeling lineage in Dawn. One of the most famous is House de Casillon of Weirwater who inhabit Spiral Castle. While not everyone who lives at the castle is a changeling, only changelings are allowed to take the Test of Mettle set by the earl of the house.

While the Dawnish are generally accepting of people with lineage, the exception to this is the treatment of the briar lineage. Following the events of the Freedom Heresy, there has been an undercurrent of suspicion towards those touched by the Spring realm.

Imperial Orcs are a difficult question for the Dawnish. They seem worthy of a measure of respect, and seem to understand the concept of glory, but no noble house would consider offering one a Test of Mettle. They are not human, and consequently while they may be valued allies, they are never likely to be accepted alongside the humans of the other nations of the Empire.