The Striding of the Clouded Eye exclusively travels the Trods of Therunin and boasts a purity of Merrow blood rarely found elsewhere.

‘Of Trod and Travels’, A Guide to the Stridings of the Navarr 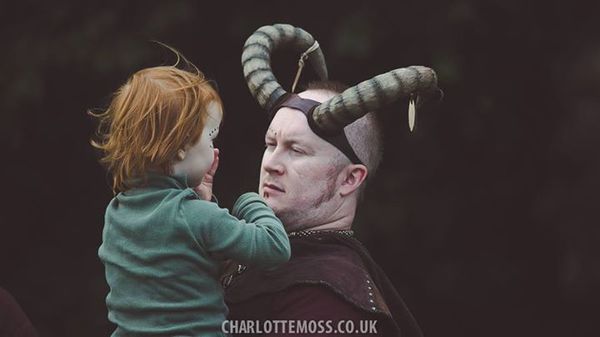 The Navarr are generally accepting of those with lineage. Most communities have at least one or two individuals with the trace of lineage. Because of the common bond that humans with the same lineage often feel and the way individuals move between Stridings and Steadings, it is not uncommon for them to end up composed largely or solely of Navarr with a single lineage. There are rarely hard and fast rules however; such things are anathema to the adaptable Navarr.

However, one lineage is distasteful to the Navarr. They mostly shun the briars, whom they can’t help but see as an outward manifestation of the overabundant growth of the Vallorn and as a reminder of what was lost. The prejudice may also be informed by the undeniable fact that briars make particularly dangerous husks when exposed to vallorn miasma. While intellectually many Navarr understand that a briar has their place in the Dance like everyone else, few are entirely comfortable in the presence of such a being, and they are rarely welcome among the Navarr. As a consequence, Navarr briars often make efforts to conceal their lineage as much as possible - which serves in its own way to reinforce the suspicion of their fellows.