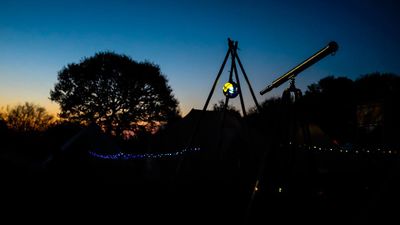 A college of magic allows the creation of new formulaic rituals. A formulaic ritual can take decades to complete, requiring extensive resources and many dangerous experiments. A college of magic speeds this process up dramatically by providing a forum for expert magicians and magical theorists to collaborate, providing them with good quality equipment and the guidance of a single individual who directs their research.

The Imperial Senate may pass a motion for the construction of a college of magic allowing the Empire to increase the number of new rituals that they can create. The Senate must select a territory and region where the college is to be built.

The magicians of a college can be directed to research the formula of a new ritual so that it can be mastered. The ritual must already exist in the form of an arcane projection, but there is no requirement to select one they have personally commissioned. A college can work on formalising one ritual at a time, and the research may take anywhere from a season to several years depending on the complexity and the resources available. The amount of time it takes to complete research into a ritual depends on the magnitude of that ritual.

It requires three months (one season) for every 10 ranks of magnitude the final ritual will have.

At the completion, the master of the college receives a ritual text suitable for use in mastering the ritual. They may keep the knowledge of the ritual restricted to themselves and their allies, or through a declaration of Imperial lore the Conclave can have that ritual added to the wider body of Imperial lore, making it available to any ritual magician in the Empire.

A college may be created with a speciality in one of the six realms of magic. This specialisation is free, and is almost always declared when the college is commissioned. When the college is directing research towards a project that is part of the speciality lore, the work proceeds at the rate of 15 ranks of magnitude each season.

Furthermore, when working in the speciality realm, the master of the college can increase the rate at which the ritual is researched by spending money to purchase rare materials, esoteric tomes and exceptional equipment, and to secure the temporary assistance of reclusive or avaricious experts.

There are a limited number of magicians in the Empire who are prepared to help with research of new rituals. This means that each new college of magic that is constructed will have an increasing upkeep cost - to reflect the fact that it must pay more to entice those independent magicians that remain to work there.

This table lists all current colleges of magic in the Empire. For a full list of title holders see here. This list was last updated following the Autumn Equinox 383YE.

These colleges are no longer active. This happens automatically if a college is abrogated by the Imperial Senate but in most cases it is because the commission has been captured or destroyed by barbarians.