TV Series: Camelot
Dawn is the land of valour; the classical images of gleaming plate, of brightly coloured banners and traditional heraldic devices provide the imagery for the nation. Where the Marches is gritty and down to earth, Dawn is the opposite in glowing primary colours. There is a sumptuous nature to the materials and tones used, idealistic in design instead of practical. Arthurian, pre-raphaelite and the neo-medievalism movements all provide strong themes and forms to the nation.

There is a touch of tragic flaw to the people here though also, with elements of Shakespeare's tragedies and Tennyson's poems threaded through their lives, leaving shadow in contrast to all the glorious polished armour.

The Dawn flag is a golden sun-in-splendour against a blue field. Heraldry is ubiquitous – regional, national and personal. Every house has their own heraldry and banner as do groups of Questing Knights and Knights-errant. Even the weaver’s cabals are entitled to their own device.

Heraldry in Dawn largely uses the mythical beasts – gryphons, lions, unicorns, dragons as opposed to the more earthly boars, bulls and stags of the Marches.

The palette is summer, a meadow in full bloom. It’s a myriad bright, floral colours, accented with some darker jewel shades. Gold, emerald green, bright reds, clear sky blues set off against an occasional sumptuous black. Whatever the colour it should be vivid and lush but remain tasteful.

The classic dress for both genders is a long robe with full sleeves or houppelande. The cloth may be silk, velvet, brocade or fine wool and could be subtly patterned. They are often fur trimmed. These are generally worn over a long shirt, well cut trousers and high legged boots.

Women might choose to wear a dress or bliaut with simple flowing lines and quite a low neck line, possibly revealing a chemise or shift below. Sleeves are again often extravagantly long.

Headgear for both sexes is extravagant, and it is definitely headgear rather than hats. Men will wear a chaperon to impress, and women’s headresses are the stuff of legend - henins, crispinettes etc.

Filets, circlets and headbands are also popular for all whether made of gold or simple leather.

Jewellery is exquisite - a jewelled dagger sheath, a filigreed necklace, a pair of combs, even the poorest will have a piece of treasured jewellery handed down.

Most knights wear the heaviest and most flamboyant armour they can afford, often covered with a surcoat bearing their personal or house heraldry. Some will wear mail, some with plated reinforcement, and some a full harness. Knights Errant often wear less armour but everyone who is part of a noble house will sport their colours.

High quality leather armour mimics the form of plate – breastplates, gorgets with articulated arms, vambraces etc may all be worn and often bear their owners’ heraldry as a form of rich decoration. Full length ‘coats’ of leather scale or plates may be worn alone or under more leather armour.

The armour is designed not only to protect in war but also to proclaim their glory and make their deeds all the more memorable.

Shields are highly popular in Dawn, as much for their decoration as their ability to protect. Heater shields are the facoured shape, decorated with personal or household devices.

The archetypal Dawnish weapon is the medieval broadsword, but warhammers and maces are also used. One-handed ornate axes are also used. Missile weapons are rare, archery is seen as a fitting contest of skill, rather than a glorious weapon of war.

The very wealthiest Dawn Knights possess a harness of plate, but it is more than just armour. It can be etched, engraved or decorated like the armour shown below. The nation, house or personal symbol maybe etched on the breastplate. Alternatively a rich embroided cloak could be thrown over the plate. A beautiful surcoat or jupon like the one Henry V is wearing emphasizes the knight’s regal nature. 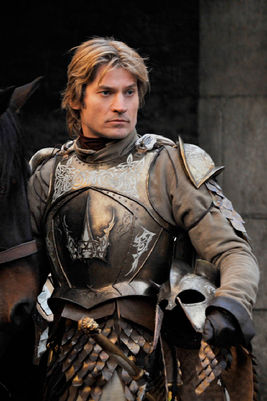 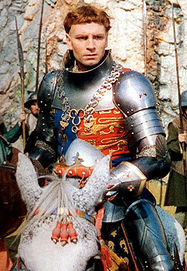 The traditional Dawnish shield is a heater (as shown held by the woman below) or a kite shield. Whatever the shape, a shield is the perfect place for a Dawnish noble to display their personal arms or the insignia of their house. 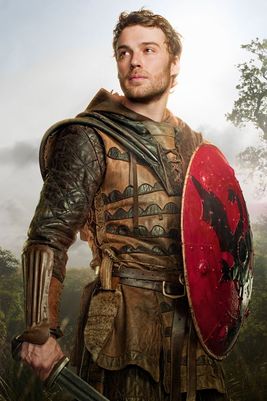 Film: Snow White and the Huntsman

Mail is highly valued, either worn under plate or by itself. Ideally such armour should include a surcoat or a robe decorated with a house symbol, often a fabulous beast like the dragon. 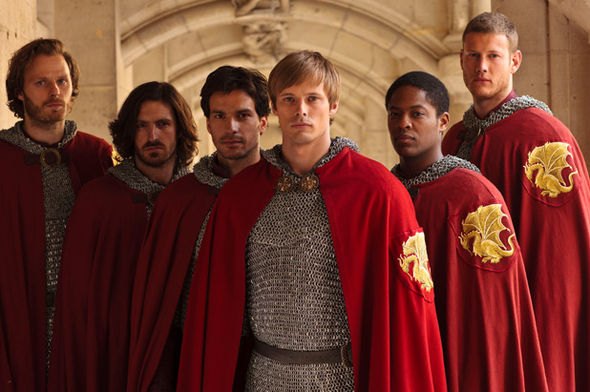 Leather armour is common in Dawn, and is often worn by yeomen and Knights-errant. It should range from simple protection to something designed to look as stunning as possible.

Noble costume should be resplendent. The cut is simple - sleeves may be dagged but are not slashed or puffed - but the fabrics are luxurious, the colours are rich and hems are lined with fur or ermine. 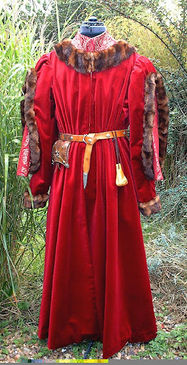 Male costume is often in house colours or embroidered with the house’s device.

Like the male costume, the cut is simple, but the materials, the colours, the linings and the trims are rich, detailed and luxurious. Silk, velvet and brocade are ideal. 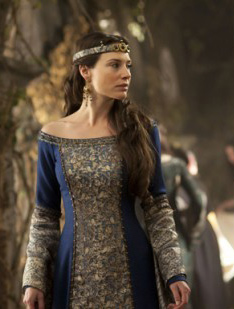 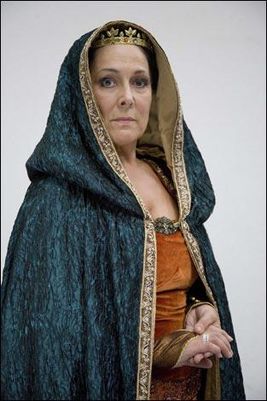 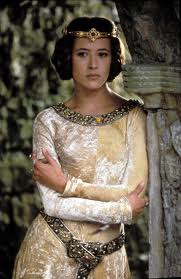 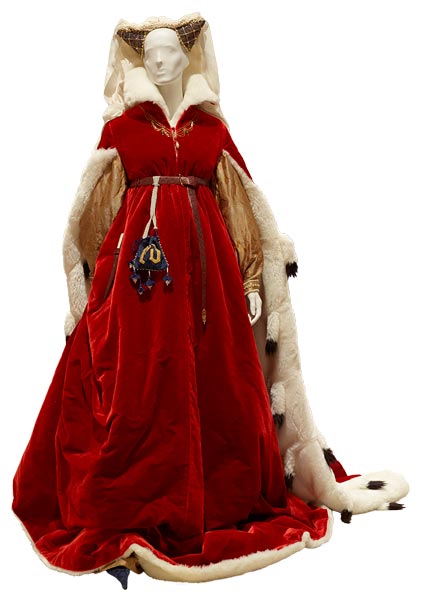 Young children are an opportunity for noble houses to display their wealth and power. Pages are dressed in robes decorated with the house symbols. Older children, noble or yoeman want the most expensive clothes their parents can afford.

Dawnish Headwear encompasses all the more elaborate medieval variety of hats, up to the start of the Renaissance. Regal jewellery such as crowns and tiaras are common for all earls and powerful nobles. 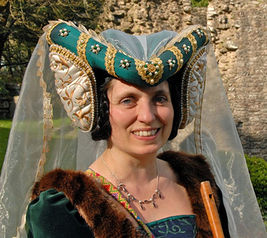 Jewellery is an import part of costume for male and female Dawnish nobility. Idealy it should be ornate and bejewelled to emphasize the status of the wearer.

Dawnish Yeomen wear less resplendent costume than their betters, but many are prosperous and most still dream of joining the nobility. They mix easily with the nobility and richer yeomen may look similar to nobles from an impoverished house.