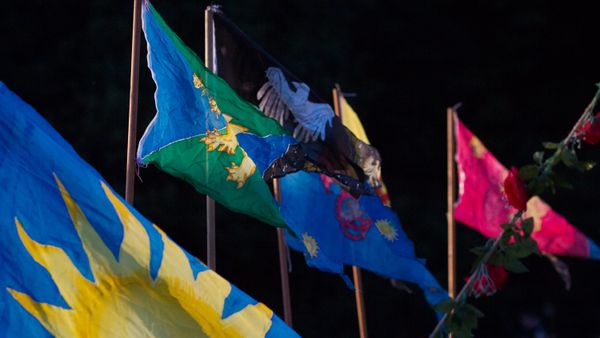 Ten nations, united (more or less) in a single Empire.

Formed nearly four hundred years ago when the First Empress began her crusade to unite all humanity, the Empire has grown and prospered ever since despite being surrounded by barbarian enemies. Made up of nine great nations, the Empire is politically and legally unified. Everyone is an Imperial citizen but the Empire seeks to maintain the unique culture and customs of the different nations.

The Empire has a complex political system that shares power between a number of institutions. At its head is The Throne, the seat of the Emperor or Empress and the most powerful political position in the Empire. The Throne is not hereditary; the occupant is chosen by the Senate (a council of representatives chosen from each nation) to oversee the running of the Empire. When the Throne is empty, most of its powers are held by the Senate.

The Synod exists to keep the Empire virtuous. This august body is formed from every priest in the Empire who has a recognized congregation. It has many powers defined in the Imperial Constitution, and is the only body able to dismiss an Imperial citizen from a position once they have been appointed. The prosecution of wars and the defence of the Empire is the responsibility of the generals appointed to the Military Council, whilst the most powerful magicians in the Empire protect and support their own through the Conclave. The Bourse oversees matters of economics, helping to build the Empire and enrich its citizens.

The day-to-day operation of the Empire is attended to by the magistrates and functionaries of the Imperial Civil Service. These NPCs (non-player characters) ensure that the laws are upheld. They also ensure that the tedious business of logistics and administration is attended to without those who rule having to waste their time with such matters. They have an untarnished reputation for integrity and impartiality. The magistrates ensure that everyone has recourse to the law, while the functionaries see that armies are fed and transported where the Generals order and that workers are hired and paid for building projects that the Senate authorizes.

What binds the Empire together is the Way of Virtue, a single religion shared by every citizen which teaches that humans enjoy reincarnation after death and that adherence to the seven great Virtues will ensure a swift reincarnation. The Way recognizes the legacy of the heroes of the past, while encouraging every citizen to work towards the triumph of humanity.

That triumph is not assured; the Empire has enemies on all sides. Barbarian tribes and kingdoms that look on the success of humanity with jealous eyes. They remember a time when they ruled this land and pounce on any opportunity to restore their own fortunes. The dream of the First Empress will not be complete until these barbarians are defeated once and for all.

Five things to know about the Empire

What the Empire is not

The wiki contains a great deal of information about the Empire and the world in which it lies. Everyone is given explicit permission to know anything they find on this wiki in-character if it is appropriate to their characterization.