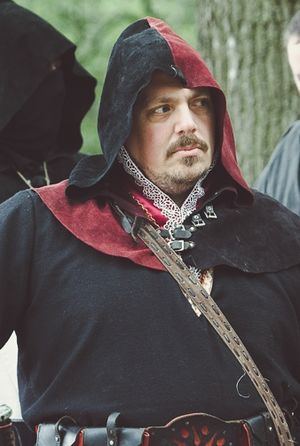 The current host is Ehud, Son of Leah, of Reumah's Redoubt. Formerly having served in Reikos during and after its fall as an Unconquered before injury caused him to retire to Bastion. There he take up the role of an artisan within the Redoubt, specialising in stained glass works of art when he was not producing shields for his Chapter and the frontlines of battle.

Wearing a gold circlet at summits, as during the season, he moves from Chapter to Chapter listening to his people's conversations, asking questions for them to ask of themselves and playing games of skill.