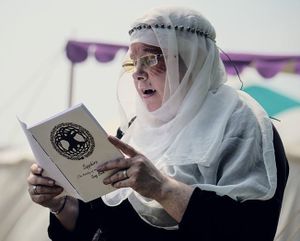 The lineaged may embrace the Virtues, but they must always remain alert
to the siren call of their blood.

Highguard is not a generous nation to the less than fully human. In the crudest and simplest of terms, they are perceived as being spiritually suspect. While it is undeniable that they embrace the virtues with great passion, they must continually resist the siren call of their blood, or risk corruption by their lineage. As a result those with lineage are watched until they have proved themselves. Even then, many Highborn still regard them with suspicion for fear that they may eventually succumb. Individuals of lineage whose humanity has triumphed are upheld as inspirational tales of how the human spirit can conquer anything.

A few Highborn cambion and changelings choose to remove or disfigure the visible marks of their lineage. Calling themselves the Unveiled, they saw their horns down to stumps, to demonstrate to everyone that they have renounced their heritage. 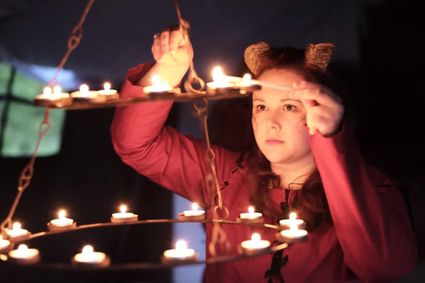 The Unveiled saw their horns down to stumps to demonstrate their renunciation of their lineage.

The briar lineage is considered especially suspect. It is believed that the area around a dead briar may be seeded with alien, supernatural foliage. The bodies of dead briars are commonly burnt and their ashes scattered over water; while there are a few monuments to heroic briars in the the Necropolis, there are none of this lineage actually interred there.

Orcs and other non-humans are judged more harshly than the lineaged. Their inability to use liao casts doubt over their ability to reincarnate, and so it is considered impossible for them to meaningfully embrace the Imperial Faith. This makes them less than human in the eyes of many Highborn.

The issue of Imperial Orcs is a thorny one in Highguard. The Highborn Senators were united in opposing the admittance of orcs into the Empire, and called on the Synod to veto the move when they were defeated in the Senate. Today, some Highborn are inclined to treat them charitably for making the effort to be civilised, whilst others maintain a traditional attitude of contempt and hostility. Very few have any enthusiasm for seeing the orcs gain further power and influence within the Empire. As long as the orcs are seen to embrace Imperial values, there is little their Highborn critics can do beyond providing the voice of caution. It seems inevitable that in the end, the orcs will undermine the strength of the Empire either as part of a long-term treachery, or simply by diluting the traditions which have formed and sustained its greatness. 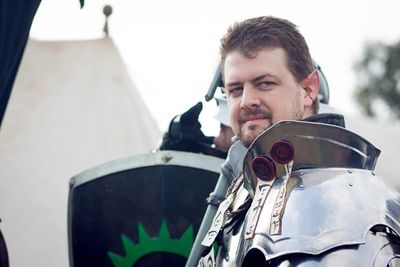 Sharp horns, gold eyes, stop your ears against their lies

Knife ears, stag’s horns, rue the day that they were born

Beast’s eyes, white skin, bar the door lest they come in