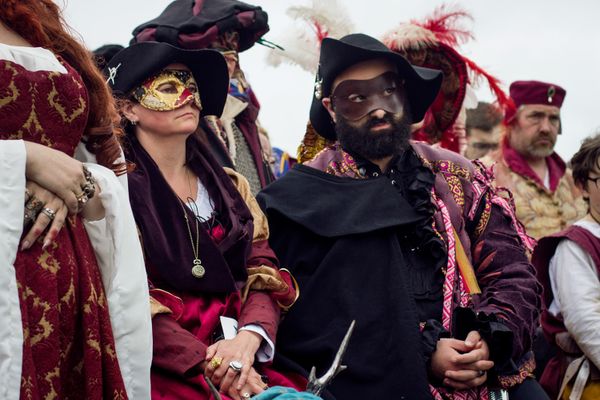 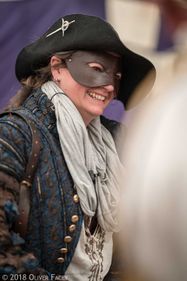 As for many things in the League, the egregore seems complicated with layers of masks and riddles. There have been up to four League egregores at any one time, of varied genders and ages, each wearing a mask and taking a title, be it Duke, Captain, Scholar, Harlequin, or similar. Collectively they are referred to as being ‘Guise’ yet none directly answer to that name and each has their own personality and behaviours. 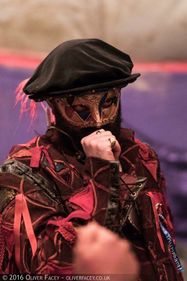 In these varied forms they are present through all levels of society, and all walks of life, observing everyone’s deeds. It is traditional for those undertaking an important action to explain their actions to the egregore, for they bear testimony on behalf of the whole nation, for such is the way of the League to record what has been done, though the acts may never be disclosed further in public.

Those currently regularly observed at Anvil have also been the Contessa and the Harlequin. The Harlequin is a rogue and a charmer, who claims to have but recently overcome the ban on public action placed on him by the other aspect of Guise – though this is disputed. Whatever the truth, wherever he goes, there is gossip, drama, and a social whirl. Whatever the form of Guise, they can be relied upon to champion the culture and hearth magic of the League. Their presence, in various forms, reaches all of the strata of League society, and it is through them that the citizens can know that their great deeds are known and witnessed, even if they must remain secret – for such is the way of the League. Why not tell them your story...?