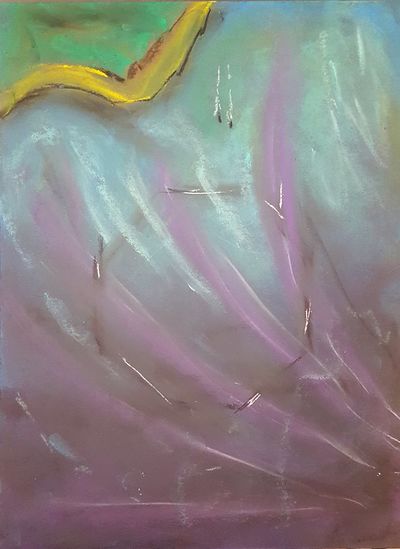 The Deep One is endlessly fascinated by the foundation of events.

Leviathan is, by all accounts, one of the most ancient of the eternals of the Realm of Day.

Many of its titles refer to its home in the very deepest parts of the Realm-ocean. It is sometimes called The Deepest One or The Foundation; it may be called The Dweller in the Depths or The Abyssal Lord.

It is also said to be a being that exists to observe events and explore how they happen, and how they spawn other events - in this guise it is also called The Watcher Beneath the Waters. The Faraden are known to refer to it by the slightly poetical name of She-Who-Counts-The-Ripples, in reference to its fascination with the root cause of events (and also The Unspeakable One Who Lies Beneath The Eternal Ocean in reference to their fear of the sea).

No mortal has ever seen Leviathan. According to its heralds and the other eternals of Day, it is a creature of such titanic size that it cannot be seen all in one go. It is said to have the aspect of a gargantuan whale and a serpent of colossal size, with immense faintly glowing eyes and thousands of sail-like fins that extend across its tremendous frame. It dwells at the point where the light of the Upper Realm fades to twilight, but the Realm is never truly dark; Leviathan's scales, fins and hides are said to be colourful, almost hypnotically so.

Its voice is usually described as a rumbling, faintly amused whisper by those who have heard it - while it has never been seen there are those who have spoken to it through one of the hollow glass spheres said to serve as conduits to the part of the Realm it calls its home. In all recorded history, there are no known incidents of Leviathan being anything other than calm, reasonable and pleasant regardless of who or what it is talking to. It is much more likely to terminate an interview than to become angry.

The heralds of Leviathan appear very much like extremely high-lineage merrow. These creatures, like their patron, are almost insanely calm at all times. They also claim to be quite 'young' - the heralds of Leviathan apparently continue to grow larger and larger throughout their existences until they become "too big to fit through the doors", in the words of one herald. It is unclear whether it was joking.

Leviathan is concerned with two philosophical areas: the past, and the way it serves as the foundation of the present and future; and the way that actions have consequences both here and now, and in other places and times.

It is fascinated with the way that events spawn other events, and the way they can be traced further and further back; it is known to be engrossed by the question of whether any event can truly be said to have a "root cause" or whether everything is simply a development of something else. If the smallest decision can have repercussions that effect the fate of Empires, can any decision or any event, no matter how minor, really be said to be insignificant?

The Deepest One claims to have been pondering these questions since it first achieved awareness a very long time ago and has not yet reached any conclusions, or even built a durable thesis. It has said many times that it expects the questions that fascinate it to be unanswerable until after creation ends, assuming it ever does.

If Leviathan has a blind-spot it is that clever as it is, it cannot entirely understand motivations. It can observe actions, but sometimes those actions make no sense and cannot be predicted. Leviathan and its agents can only perceive events, they cannot look inside the minds of others no matter how much they desire to do so, so in the end they can only make (extremely) educated guesses about why people do the things they do. This is one of the reasons Leviathan loves to speak to mortals, or send its heralds to do so; it finds the endless motivations for mortal action fascinating, if slightly incomprehensible.

Magicians consort with Leviathan and its heralds for two main reasons. It is fascinated by the past, and so has access to unspeakably detailed, unimaginably vast archives of information about past events; it is fascinated by the philosophy of cause-and-effect, and the question of whether free will can truly be said to exist, and finds discussions about these questions endlessly entertaining. It can grant boons that enhance the ability of diviners and seers to gather information about the present, as well as providing access to the great vaults of artefacts and trinkets that have been given to it in return for its assistance over the centuries. It is known to desire ownership of physical items that were present at, or the cause of, important events.