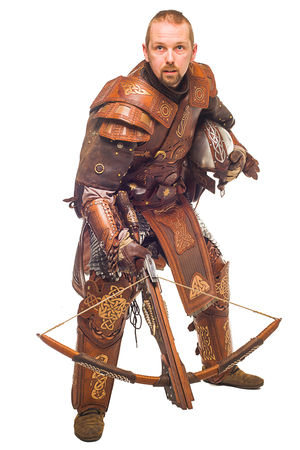 This section is designed to help explain what live roleplaying is for people who are new to the hobby. If you are new to live roleplaying and interested in the hobby then don't hesitate to contact us after you have read this introduction and we can answer any questions that you have.

What is live roleplaying?

The most common question that people who are new to the hobby ask is what is live roleplaying? A game with rules but no winners or losers, a performance with actors but no audience or script, it is often confusing to the newcomer.

Roleplaying literally means assuming or acting out a particular role. In live roleplaying we take on a role or character for the enjoyment that can be had by acting out the role. One of the easiest ways to understand live roleplaying is to look at the similarities with other hobbies.

In online games players create a character who can explore the computer generated world and talk with other characters in the world. The world is filled with challenges and dangers for the characters to overcome.

Live roleplaying is just the same but it is all done for real. You dress, speak and act as the character you have created once the game begins.

It is easy to understand the idea that actors take on the role of the part they are playing. Once they are on stage they act as if they were the character they are portraying, in some cases improvising their lines if needed.

When live roleplaying you will be both actor and audience, creating lines for your own character and witnessing the improvised words and actions of the other players in the game.

How do you do it?

When you are live roleplaying you simply pretend to be your character, then act and speak as your character would. Unlike other roleplaying games, you never describe what your character is doing, instead you simply attempt the action. If you want to challenge another character to a duel, you must call them out, then draw your sword and try to strike your opponent with it. We strive to make the imaginary world feel as real as possible for all participants, so ask players try to avoid references to the real world and instead remain in their chosen role as much as possible. 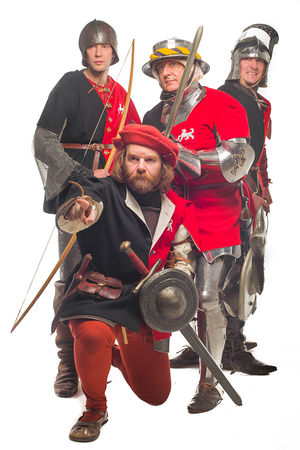 Livery coats by The Midgard Seamstress

No. Anyone can live roleplay, there is no skill or technique to learn. In essence it is no more difficult than the games of imagination like Cowboys and Indians that children play. If you are capable of pretending to be someone else then you can live roleplay.

Our live roleplaying games have a set of rules, in the same way that sports like football or tennis have rules. Learning these rules can appear cumbersome, however they are rarely needed in play. Established players are always understanding with new players who are still learning the rules so don’t be put off if you can’t remember them all. If you have any questions about the rules then you can find a referee to help.

What is the point?

Live roleplaying, like acting, is enjoyable purely for its own sake. Most participants find that by immersing themselves in the character they have created, they can forget about the pressures of real life for a while. In the same way that an action film is different to a comedy or period drama, different games will offer different experiences. Some live roleplayers enjoy the social interaction, some prefer the thrill of battle whilst others relish the opportunity to create and wear amazing costumes.

There is no winning or losing. Just as real life doesn’t offer clear cut win or lose situations, neither do most live roleplaying games. However live roleplaying presents opportunities that you could never normally experience, allowing you to become the protagonist in historical or imaginary settings. In the end it is impossible to know whether you will enjoy live roleplaying unless you try it.

Can my character be anybody?

All live roleplaying games have a setting that describes the world the game takes place in. If you think about a Shakespearian play, you wouldn’t expect Julius Caesar to come on stage during a performance of Romeo and Juliet. You must create a character that is appropriate for this setting. By reading the description of the game world you can get a feel for the kind of characters that are suitable to play.

It is best to avoid trying to play a character taken directly from a film or book. It is much better to try and create a character of your own after you have read through the setting, although you may inspired by a character you have seen or read about. 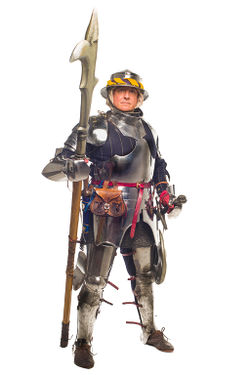 How does fighting work?

Live roleplaying games make use of special props that allow participants to fight each other safely. If you take part in a battle you can enjoy the thrill of actually wielding a weapon and experience the physical challenge of trying to strike your opponents while avoiding being struck yourself. The rules determine the effects of hitting an opponent and of being hit. If the character you are playing is killed then you can create a new character and then resume playing the game as someone different.

Battles can be exhilarating but they are not for everyone. Some people who attend events choose to avoid combat, preferring to focus on the social side of the game. Although you can never be sure what will happen to your character, most players who attend our events have little trouble avoiding combat if they make an effort to do so.

If you have never done live roleplaying before then we can arrange for an experienced player or member of crew to give you a quick lesson in how to fight safely at your first event. It only takes a few minutes to learn and most players will be happy to show you how.

How do I get a costume?

If you take up a hobby like diving or mountaineering, you need to have the relevant clothing and equipment. Costume is very important in live roleplaying because you need to dress as your character would. It is particularly important to avoid wearing anything that other players will see is inappropriate for the setting. For our events this means not wearing modern clothing such as trainers, jeans or printed t-shirts. If you were watching Robin Hood it would be totally incongruous if Guy of Gisburne was wearing a modern leather jacket.

Our wiki contains extensive advice on costume that is appropriate for your character in Empire. If you follow the advice then you can be confident that your costume will look good and be suitable for the game. If you have any questions about the suitability of a piece of costume then it is best to email us and we can give you specific advice.

Some live roleplayers enjoy making their own costume and you can find advice on how to do that on our wiki. If you don’t feel confident using a needle and thread or following a pattern then you can purchase costumes, weapons and armour from one of the many traders who support the hobby. We have traders at all our events and they sell everything you need for your character. Details and links for traders are also available on our wiki. 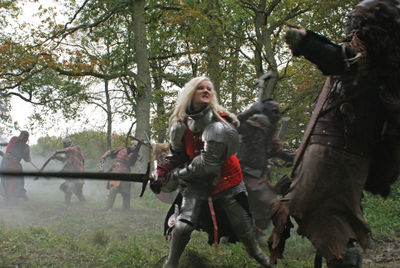 Empire is a live roleplaying game created by Profound Decisions. Set in a world of mystery and magic, you play one of the heroes of the Empire - a civilization formed from nine disparate nations. The Empire is beset by many enemies, tribes of barbarian orcs threaten her borders while enemies within and without work to bring the Empire down. Players have the chance to play the leaders of the Empire, striving to triumph over her enemies.

Hundreds of players attend every event; working together to protect their home, they also strive against each other to gain power within the Empire. Merchants cut trade deals, magicians practice arcane rituals all while warriors fight vast armies of barbarians in epic battles.

You can read this basic overview of Empire to get more idea about the game.