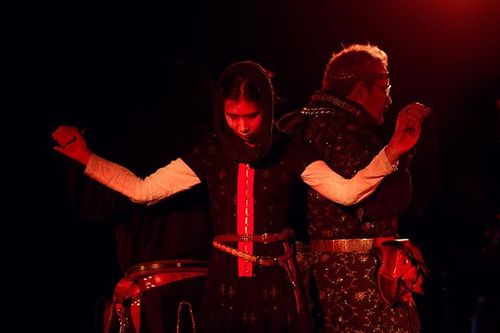 Priests who work to master magic are called magisters in Highguard. The early magisters studied methods of communicating with the dead and uncovering the secrets of the past. Traditionally, the Highborn magisters are the foremost masters of Winter magic in the Empire, drawn to and operating for the most part out of hostels based in the Necropolis. The silence and contemplative atmosphere of the city of the dead lends itself perfectly to measured and dedicated study.

While there is no doubt they possess powerful magic, the magisters are still considered to be priests. They study virtue alongside magic, and many work hard to try and inspire virtuous behaviour in wizards of other nations – or an understanding of magic in other priests.

Magisters tend to be cautious of the Eternals, as they are not only powerful, but they clearly seek to use that power to influence and control humanity. The Highborn believe that as masters of their own destiny, humans should seek out and outwit Eternals wherever possible, gain opportunities to take strength from them and harness it in service to the Empire. Eternals are clearly monstrous and inhuman, and it is a source of continual frustration to the Highborn that wizards of other nations fail to recognise this, no matter how seriously the magisters try to educate and influence them in their dealings with other realms. The magisters treat most often, and most comfortably with the Eternals of Winter, who they see as more open and honest, as they do not try to deny or conceal their evil nature. The Eternals of the other realms are equally dangerous, but present a pleasing and deceptive face, which so many foreigners accept without scrutiny.

The magical tradition of Highguard combines movement and sound. The slow beating of drums, the sonorous chime of bells and the recitation of ceremonial passages form the basis of their ritual magic, often accompanied by stylised and graceful gestures.