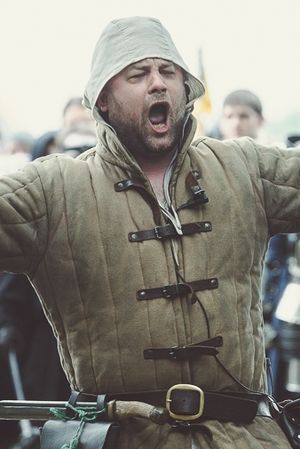 Stories of Jack have been told since before the Marchers succeeded from The Dawnish. Said to appear when words or actions have been needed to help common folk with their daily challenges of a life born of hardship and graft. Whether that be the farm hand that appears to help with a difficult harvest, the beater that arrives to assist with local disputes or a Landskeeper that lends their wisdom. A solitary but friendly figure who keeps tender watch, revels in games and lends their voice to song.

With the ritual of the Brass Coast 300 years back Jack stepped out of folklore and to many of the Marches became a much more real, tangible individual linking all members of the Nation just as all Egregores do across the Empire.

Jack as he known now claims to have performed his duties for several generations, 75 years by his last count, but is unsure when that was. Seldom drawn on his life before he took up the mantle he appears as a Beater and performs the role of one. Convinced that “Nothing gets done sat down” he is fiercely stubborn once his mind is made up but never before drawing council from those he believes knowledgeable. Once his shoulders are set to a task no man may tell him no.

Jack has little time for the politics of the senate or the guiding of the synod, but will often seek the advice of Senators and Priests, believing a quiet conversation by a fire side or bar table achieves just as much, and in considerably less time.