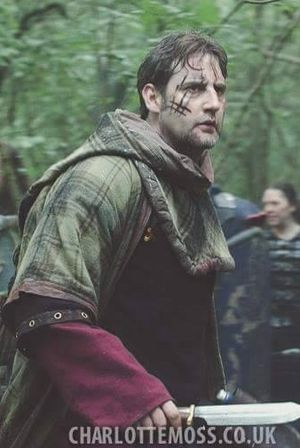 Rhiannon
Rhiannon is currently a member of the Fleet Foot Striding, who walk the lands around and on the Trods between Liathaven and Miaren, but have some regular drop-offs though Wintermark and Marches as need arises. A small group, they carry news and messages for the settlements and Wayhouses on their route. They were formed by a group of scouts and thorns who were part of a larger striding. They are renowned by those who use their services for their quick delivery. Rhiannon Fleet Foot, one of their Physicks, became the Navarr Egregore, Liaven, in 370YE. She now travels the Empire as Liaven, but the Fleet Foot Striding will always take a message to her, if it is needed. Unsurprisingly, they have travelled much more widely since Rhiannon's place in the Great Dance changed. In the Summer of 378YE, Rhiannon gave up the egregore spirit to fulfill an oath. She returned from Reikos in 379YE, and agreed to take up the egregore spirit again, having fulfilled her oath for the time being.

Tal
Born in Liathaven, Tal was a member of the Dancewalker striding, who are based in Liaven's Dance . While delivering a message, he became trapped behind Jotun lines. Heroes of Anvil were despatched to rescue him, and he was brought back to Anvil. He is a powerful Vate but is keen to scout when on the battlefield. Although very driven, when he is relaxing Tal is happy to have a drink, a laugh or a fight with anyone. When Rhiannon left Anvil, the Egregore spirit filled Tal, finding a Spring Vate to embody at the time when the ancient ritual to rebuild to Trods had been found. When Rhiannon returned to Anvil in 379YE, the Egregore spirit rejoined with both Tal and Rhiannon, although why it did this is still being debated by the Guides of the Navarr. Tal and Rhiannon have a strong friendship, even though they have spent little time together, their Egregore duties meaning they are rarely together in the same place long.