To achieve this sound, look at music that fuses Celtic folk styles with African and South American tribal sounds. Music can draw on Scottish, Irish, Greek, Galician, and Basque/French folk tunes as well Tolkienesque fantasy for lyrics, with added African-style percussion, Amazonian and Amazigh music, to fuse with the sounds of the old culture. 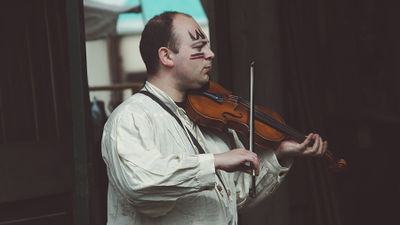 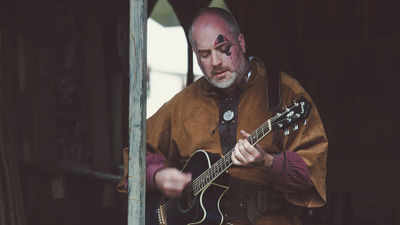 Here is a youtube playlist of appropriate or inspiring music and dances.