A magician is any character that purchases the magician skill. This skill gives the character the skill and power to cast some simple spells. Once a character has this prerequisite then there are a wide range of additional arcane skills and abilities that they can acquire. This section covers the rules for all such magical abilities in Empire.

All implements must be weapon safe phys-reps. They may appear to be made of any material, and should be decorated and shaped to make it as clear as possible that they are magical implements and not weapons.

Implements come in three broad classifications; wands, rods and staves. Any character with the magician skill can wield a wand or rod effectively, but the Battle Mage skill is needed to wield a staff. 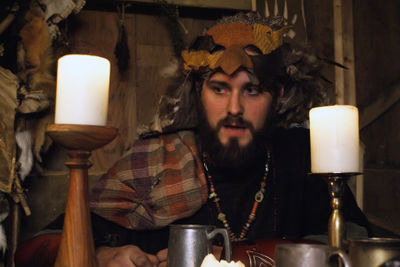