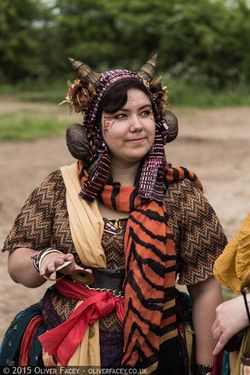 The Freeborn are proud and forthright people.

The people of the Brass Coast are divided into three great tribes descended from the families of the three founders, named the Erigo, the Riqueza and the Guerra. Freeborn citizens choose which founder best fits their character and ideals, joining the tribe named for that founder accordingly. Each tribe is composed of a great number of extended families. The smallest families have only a few dozen members, the largest can have hundreds or thousands of people sharing a family name and a common purpose.

The archetypal Freeborn is forthright, honest about their actions, and unashamed of their motives. The Freeborn do not feel they owe the world anything, but neither do they feel the world owes them. They can be charitable, but only when they choose; they can be selfish, but never with their family. They are direct, notoriously frank and gloriously unabashed.

The Freeborn give freely to family and expect the same in return. But with everyone else they would rather define a debt and know what is owed and to whom, instead of being left with an undefined obligation. They detest unspecified favours and obligations, even between friends or lovers, because there is no certainty to what is owed. An honest interaction is one where people know what they are offering, what they are getting and what it will cost them. 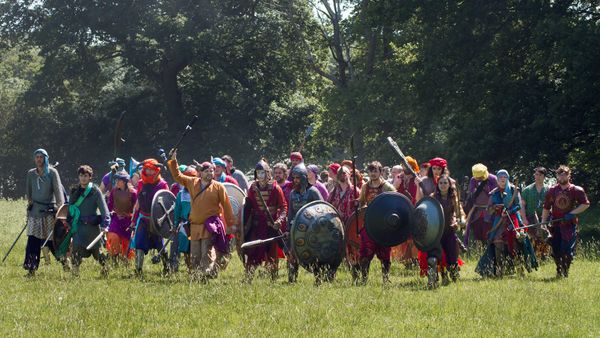 They are exuberant as their clothes are bright.

To the Freeborn, all things can have a price. Most Freeborn do not earn their living as a merchant, but almost all seek out opportunities to turn a profit. Even in social situations, they are comfortable seeing their interactions with others in monetary terms. Freeborn hosts are not insulted by a guests' offer to pay for a meal, nor by a request to purchase an ancient family heirloom. They are no greedier than other people -- there are plenty of things they wouldn't contemplate selling -- but they won't be angry at you for asking, provided you accept their refusal.

The Freeborn are notoriously candid. Transactions that in other nations would be conducted discreetly in private are carried out openly on the Brass Coast without shame. They are perfectly comfortable with someone paying to influence a political decision, but they expect those making the decision to be unabashed of their actions. The Freeborn are fully aware that other nations do not share their values. They don't expect frankness from other nations but they don't allow others to impose their values on them.

The Freeborn are passionate people who love dancing, story-telling and performance. The best dances are energetic and exuberant, and those who aren’t dancing are encouraged to join in by making music to cheer the dancers on. The best stories are bold, often bawdy and are delivered as a performance designed to involve and energise the audience. It is considered rude to boast; telling the tales of your own deeds is vulgar and if it must be done, events should always be described as if they happened to a friend. To tell the tale of another’s deeds does them great honour. The Freeborn love to include the earthy parts of a story, but are always clear when they are embellishing the tale, for instance, "I don't know what happened next, but I like to imagine it was like this..." The art of a Freeborn story-teller is to make even the most mundane tale become engaging or hilarious by the delivery. They particularly like to include their audience, getting them to act out the parts described or cheer and sing along at appropriate moments. 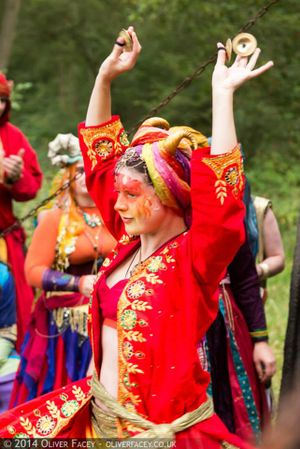 Freeborn names are primarily Spanish/Mexican in flavour, with Moorish influence.

Freeborn typically have three names. The first is their given name as decided by their parents and can be as creative or as bland as their imagination. The second is their family name and the last name is that of the tribe - one of the Erigo, the Riqueza or the Guerra.

Freeborn names follow the pattern “firstname” i “family” i “tribe”. Hakima and kohan often drop the family name and use just their tribal name.

Children do not have a tribe name until they pass their Test of Citizenship. Their family name is generally that of their parents. Where the parents have different family names, the relationship contract commonly stipulates which family name offspring will take. The child chooses their tribe after they complete their test - often with guidance from a hakima or the egregore. This is usually seen as an excuse for a family celebration.

A very few Freeborn - specifically those evacuated from the Isle of Zemress - append "i Zemress" to the end of their name, giving them four names.