At the completion of the ritual the ingots are permanently transformed into an equal number of ingots of another type. The ritual will not turn one material into any other; instead the transformation follows a fixed progression

The ritual will not turn one material into any other; instead the transformation follows a fixed progression 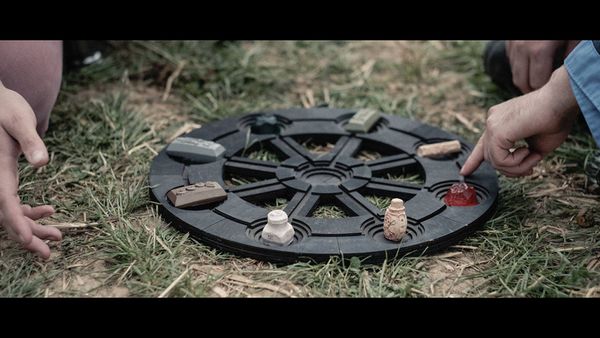 This ritual has been the subject of extensive study and experimentation. At one time there were a number of separate rituals, each designed to turn one material into another. For example, in The Brass Coast there was a ritual in use for hundreds of years called Iron Crucible of the Storm which transformed green iron into tempest jade. Over several generations of experimentation and study however, the various rituals that enacted alchemical transformation were slowly codified and unified. Today there are only two rituals in common use - The Eight-spoked Wheel and The Retrograde Wheel, both of which are built out of the less refined and less effective transformation rituals. This body of knowledge exists today due to the hard work of pioneering alchemists such as Heuses i Riqueza, Earl Simon d'Bellem of Dawn, the Urizen Naga magus Polymia of Twilight's Hearth and the Kallavesi mystic Elina of the Balances. Their work in the early years of the Empire laid the groundwork of ritual alchemy today, and their writings - and those of their spiritual descendants - are much in demand today.

Further work has been undertaken to see if freer transformations can be achieved - whether it is possible to transform Weltsilver into iridescent gloaming for example - but nobody has yet achieved such a transformation without exceptionally powerful ritual magic. It may not even be possible to achieve it with simple effects - but that does not stop magicians from trying.

Some refer to the search for mastery of transformation of raw materials as The Great Work although there are others who claim that the transformation of one to another is a metaphor for some other transformation; they point to Distill the Serpent's Stone as proof that there must be more to the great work than merely turning beggar's lye into dragonbone. Given that most alchemists are steeped in the Lore of Night, they tend to become increasingly secretive and mysterious as their studies continue; despite the best efforts of many, the traditional alchemist today still works in seclusion, suspicious of anyone who tries to get them to reveal the extent of their studies.

One of the great mysteries of alchemy is how it achieves permanent transformation without the use of ilium. The best scholars have been able to come up with is that the 'wheel' of transformation represents some partially understood natural law - that the magic simply encourages the material to change from one to another and that such a process could in theory occur naturally. Others suggest that there are core similarities between these materials that are harnessed to minimize what appear to be radical shifts in composition and properties - these theorists suggest that if the process were understood it could be applied to other rituals to create durable transformations.

Each of the eight transformations is technically a different ritual, with different incantations and equipment. Indeed, the type of equipment needed varies depending on a number of factors such as the time of year. Common elements include fire; beakers, bowls and other pieces of alchemical equipment; water and other liquids; samples of the material the alchemist wishes to create; charts and diagrams; and the other trappings of this ancient magical lore. Many ritualists wear masks or veils when they perform this ritual - not least because there are occasionally noxious byproducts of the transformation. They often work in private, out of public eye, especially if they are powerful enough to perform the ritual without the assistance of a coven.

The forces of the heavens are often referenced in alchemical rituals. If the theory that the stars represent in some way the tools of the Creator are true, then evoking the power of astronomancy seems entirely appropriate to the practice of enacting permanent transformation. The names of the eternals Murit and Soghter are sometimes used, especially in their aspects as the Azoth, a theoretical compound that provokes miraculous transformation.

A magical Mask of Gold and Lead can be used to empower this ritual. Not only does the mask make it slightly easier for a small coven or apprentice of night magic to perform the ritual, magicians using the power of these masks can transform more materials with a single casting - making the ritual somewhat more efficient at the task of transmuting materials (although all materials targeted with a single performance must be of the same type).

The rune Xun which represents transformation is usually evoked with this magic, although some alchemists choose to include Aesh for the power of the mind, Cavul to represent the idea of purifying materials into higher forms or Pallas to represent material wealth.