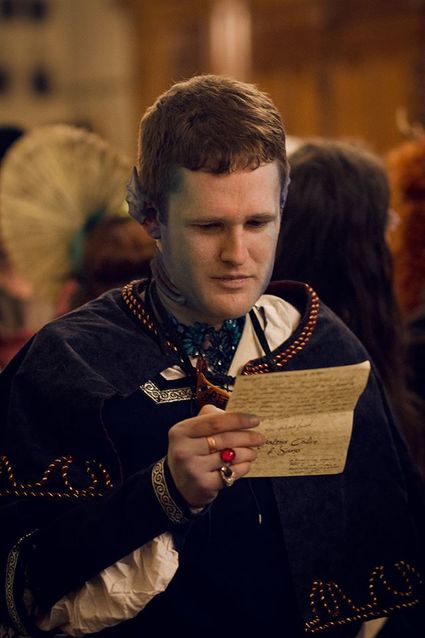 Troupes of magicians compete for the patronage of the most powerful guilds.

Theatre is a vital part of League society, and theatrical groups called troupes are common. From the most bombastic performances in lavish theatre houses to the simplest productions performed in the streets themselves – the citizens love spectacle and little is more spectacular than League theatre. In part this is due to the common use of magic by a troupe’s performers. Some of this magic is simple stage tricks, but skilled performers use can weave quite literally enchanting performances. Quite how many members of a troupe can perform formal magic is a closely kept secret. A troupe demands every bit as much loyalty as any guild and discretion about the abilities of the members is considered just another part of the rules. Whether producing a performance of Scillio’s "The Fallen Herald" or attempting a dangerous ritual by command of a Merchant Prince, every member of a troupe plays a part.

To the League, magic is a commodity like any other. Although Urizen lays claim to the secrets of grand power and treat it with great dignity, in the League it is the money of a wealthy patron that pays for that dignity. As such, the show a troupe puts on is as important to their reputation as the results they produce. The performers weave knots in time as well as space, drawing influences from the past to spread their patron’s influence in the future. They must make a show of invoking symbols of ambition, loyalty and prosperity, as much because a merchant prince enjoys watching a bravura performance as because of their importance to the ritual.

Most troupes wear masks when they perform ritual magic, and guard these masks carefully. The notion of taking on a character for the purposes of ritual is well established. When one knots the ties on a mask in order to perform enchantment, one does not simply wear a piece of cloth or leather or paper, one is wearing the combined weight of all the stories told about that character - and all the stories that can yet be told. The most famous masks in the League are in in the Armetto Theatre house, in Sarvos. These masks are old and, in some cases, nothing special to look at, but they are exceptionally potent in the hands of a skilled performer.

There is also a belief that these masks not only empower the ritual, but also ensure that any malign influences or backlash will fall on the mask, rather than the wearer because they conceal the identity of the magician. As a consequence, some masks are believed literally to be cursed items - items that cannot be destroyed because to do so is to cause the weight of the malign energies contained within to be released. Several stories - and indeed plays - tell of cursed masks and the trickery that causes their wickedness to be released on the undeserving. (see also masks in Hearth Magic). 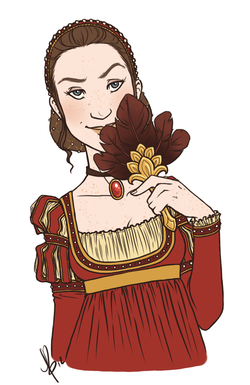 Rivalry between troupes is famously intense, and long-standing feuds are commonplace. Troupes compete for the patronage of the most powerful guilds, and performers have even been murdered for changing troupe or giving a bad performance. Open violence is rare, but public duels between performers are an important part of advertising and promoting a troupe's plays - especially when an opening night is approaching. Such matches always draw a fine crowd as performers are expected to retort and riposte while they fight; the eventual victor will be the one who most entertains the crowd the most rather than the one who strikes the winning blow.

The troupes of the League would like to believe that there is no other tradition of magic in the cities, but this is far from true. There is an underclass of street-mage known as mountebanks - a derogatory term first used by the troupes that many of these street mages have claimed for themselves as a badge of pride. Their rough magic is more immediate and improvised, rarely for the benefit of a patron, and often performed on street corners. Many mountebanks are part conjurer, part con-artist, with a widely-held reputation for being crooks and scoundrels - or so the troupes would have you believe. While not all mountebanks are confidence tricksters, enough of them are that their entire profession is viewed with some suspicion.

Many mountebanks combine an understanding of incantations with a little ritual magic, and supplement their understanding with trinkets and even potions and elixirs. They tread a fine line between entertainer and criminal, and those who step over the line are in danger of the serious repercussions that face anyone who cannot follow the rules in League society.

The archetypal example of the mountebank con is the shell game, playing on the greed and hopefulness of their victims to trick them into making a wager they cannot win.