One people with four souls 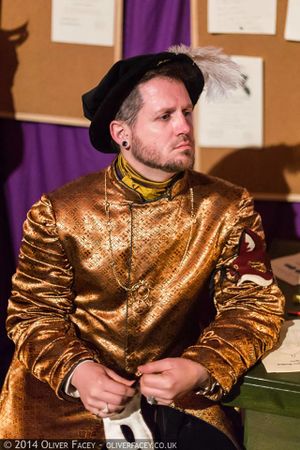 One people with four souls.

The four great cities of the League give the nation her spirit. Her love of culture, the appreciation for fine things, opera, theatre, art and dance come from Sarvos. The determination to be the best, savouring every triumph, ferocious competition and ruthless nerve are born of Temeschwar. The problem-solving, imagination and sheer brilliance of Holberg has led to their mastery of surgery and engineering. The childlike delight with the cunning and the clever spreads from Tassato, where words are laced with more ambiguity than meaning and every ruse conceals another stratagem beneath it.

While the character of each city can be clearly seen, it is important to appreciate that this is one nation, bound by their Egregore and countless generations of migrations and marriages. "One people with four souls" is how the League often describes itself - and individuals and groups draw their strength and their character from the best qualities of the whole nation. Citizens of the League are always proud of their city and some strive to exemplify its attributes, but it is as if the qualities were in the cities themselves as much as the people who inhabit them.

True power in the cities is in the hands of the guilds. The guilds are exceptionally varied; some are organized to supply a single product or skill while others have no common basis beyond a group of people who join together to make money. There are guilds that are mercenary companies or theatre groups and some say the churches of the League are little more than guilds. What the guilds have in common is the expectation of loyalty, their ties are every bit as strong as the closest family. Loyalty to your guild is one of the great pillars of life in the League. The guilds have no formal powers so they use their stranglehold on economic existence in the cities to rule despite that; if you want to get ahead in the League - join a guild. 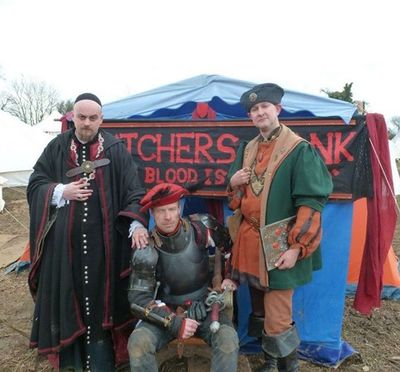 The League is committed to the Empire; Imperial law has brought peace and prosperity. The opportunities and the civilization that the Empire brings are things that many are prepared to die – or preferably kill – to preserve. Because the citizens of the League see themselves as the pre-eminent people of the Empire, they tend to view the Empire very possessively - as if the whole thing were arranged for their benefit.

League society greatly prizes loyalty, but scorns servility. Everyone is expected to give as good as they receive. They are relentlessly competitive in everything they turn their hands to, always seeking to outdo each other. They are not obsessed with money, as some claim, but money is a great way to judge success - a metric by which to quantify how well you have done. When outsiders point out that they seem to view life as a game they are playing then League citizens tend to agree - "someone is keeping score" is the usual response. But it is not a case of treating war, politics and trade like a child's game, it is a case of treating every game they play as seriously as if it were a war.

There is a merciless emphasis on the rules in the League. Crime is always a problem in the cities, but those who hold the reins of power regard it as a parasite, eating into their own profits. They ensure the laws are enforced with a brutal practicality and pragmatism, that stems in part from a cultural belief that those who break the rules have cheated in the game. It is not just the laws they hold in iron regard; a civil tongue, the customs of the city, her superstitions and her rules, are not to be broken. If an individual does not respect League society enough to play by the same rules as everyone else, how can you be sure what other rules they will break? Such people are not trusted and in business, a lack of trust is fatal to your chances of success. 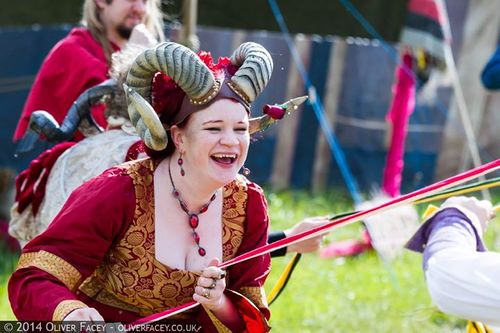 Ambitious, driven, ruthless ... but they never forget to appreciate the fruits of civilisation.

Famed for a devotion to the arts, the League claims to have invented opera and theatre and take constant joy in the novel and the clever. They appreciate flair and wit, as signs of a sharp mind. Witty banter and verbal quips are considered fine entertainment in the League. Those who can employ wit skillfully are given more license than others to break the social rules of respect with less chance to cause a scene - or a duel.

This is not a nation of effete libertines. Innovative gewgaws and beautiful artworks are prized, but they are nothing compared to the pride these people take in the exercise of their will, their ambition and their success. A clever quip is no substitute for wealth, power, influence and the will to employ them to meet one's goals. The Merchant Prince may continue to make ironic comments when a situation turns deadly serious, but never make the mistake of thinking that they are not prepared to do what it takes to ensure the outcome they favour. More than one guest has made an inappropriate "joke" and discovered themselves ejected from someone's home - often through a first storey window.

Any gutter urchin might be a merchant prince one day, so you must be careful, cousin. Kick a puppy today, and tomorrow it might have grown up to be the hound that has your hand in its jaws ... 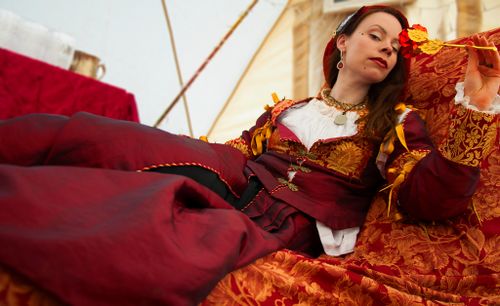 The people of the League are sophisticated, civilised, and stylish.

Names in the League

Most people in the League use their city as part of their name. They may use one of a number of connecting words - "di", "de", "van" and "of" are all popular and are used interchangeably across the League - but they firmly indicate the city they are loyal to. This is usually the city of their birth, but not always. Many League citizens have cause to move from one city to another at one time and some find themselves more at home in their new city than the place of their birth.

Many individuals do not bother with a family name, although they may take some element of their name from their guild.