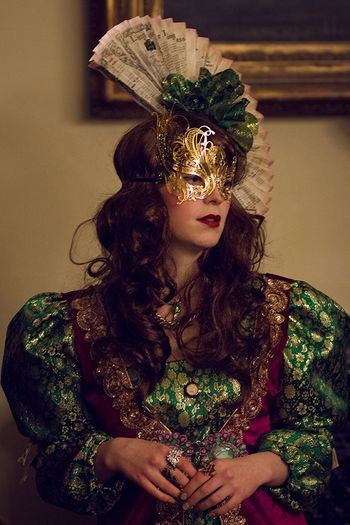 A dark reflection of the prince, almost always dressed in black, often worn and dusty, the hoarder is a greedy and grasping villain, desperate to take what the heroes value most without paying a fair price. He is deceitful and sly, and continually strives to strike a bargain to his best advantage - if the Persona is placed in a position where they require the hoarder's help (often in the form of coin) they always lose on the deal. This can be a role taken by the target of a curse, or sometimes the source of a negative effect.