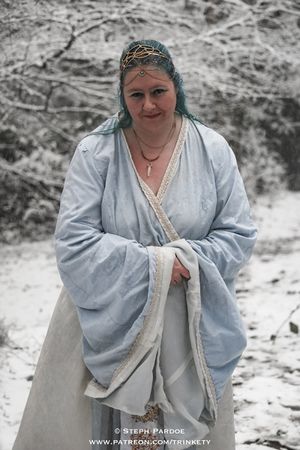 Magic is seen as a mark of a rational and learned mind and more importantly as the most powerful tool that an individual or group can wield. The Urizen maintain that those who best understand the world are the ones best suited to lead it, and they look to their most powerful mages for leadership. Every citizen is encouraged to learn a little magic, whether it is practical spellcasting or superior craftwork, but ritual magic, the mastery of the lore of the Realms, is regarded as the highest calling.

Although arbiters are expected to provide leadership, they are usually chosen by, and serve at the pleasure of the members of the spire. In effect they are "first among equals", no more or less powerful than any other member of the spire, but accorded respect owing to the importance of their responsibilities. This same principle is applied to anyone in a position of authority, especially those with an Imperial title, whether they're Urizeni or not. Politics is a popular topic of discussion and debate among the spires, and few Urizen would balk at the idea of politely asking someone to explain the reasoning behind their decisions whether they are an arbiter, a senator, or the Throne themselves. Senators in particular, are expected to be answerable to their fellow magicians and they can expect to be challenged on the progress of any public commitments they have made.

Urizeni politics prides itself on being based on truth. Not the brazen honesty of the Brass Coast, but the certainty that comes from dealing with past and current events as they are rather than as one might wish them to be. The Urizen expect a high degree of transparency from their political leaders whether they are the arbiter of a spire, or the senator of an entire territory.

The torchbearers are a well-established political movement committed to the idea of truth and accountability. They are dedicated to uncovering the truth about important events - both current and historical - and sharing their findings to as many people as possible. They adhere to a philosophy that suggests the only way to ensure the Empire remains "honest" is to ensure that the citizens are kept informed of what is going on around them, so they can make sensible decisions and appoint virtuous Senators.

Urizen senators are elected as the culmination of the demos, a gathering of Urizeni citizens that takes place at Anvil for the purpose of discussing the challenges facing the nation and debating the best way forward. The structure and format of the demos bears striking similarities to the format of the Imperial Conclave, a reflection of Urizen's role in its creation. It usually begins on the afternoon of the first full day of the summit; the egregore of the nation will announce the opening of the demos and call the citizens to order.

The purpose of the demos is for the assembled citizens to agree on a set of resolutions that they wish to see their senators achieve. To achieve this, any arbiter of a spire may present the egregore with a single dictum they wish the demos to consider. A dictum should be in writing and given to the egregore no later than an hour before the demos is due to start. The egregore curates an agenda from the list of suggestions they have been given, merging any duplicate ideas. Usually the egregore will serve as the chairperson for the meeting, but occasionally they will delegate to a civil servant or a trusted citizen who has demonstrated the capacity to be fair and unbiased to run the demos.

Each dictum must be in the form of an action or outcome the new senator is expected to try achieve. Thus a dictum might call on the senator to commission a port in Apulus, or disburse funds from the Imperial treasury to buy mana for Urizeni magicians, but the egregore would discount a dictum calling on Urizen to commit funds to support a new fortification. The egregore will usually invite whoever submitted the dictum to speak first, giving them a chance to make their case. They will then call on other citizens to support or rebut the dictum, but each citizen is permitted no more than a single minute to speak on each dictum, and no citizen can speak more than once on a single dictum. It's expected that each speaker will add something to the debate; citizens who use their minute to simply agree with other speakers are often criticized for wasting time.

Once each debate concludes, the magicians present indicate their support or opposition by raising their sigil with the issue decided by majority vote. In the case of a tie, then a dictum is considered to have failed to gain the support of the demos. it is not possible to change the wording of a dictum raised to the demos - the vote is always to either support or reject the dictum as written - another reason that brevity and clarity are considered ideal.

The demos concludes once all the dictums have been voted on. At this point, all candidates for the senatorial position are expected to present themselves. Most Urizeni expect their senator to be a resident of the territory they are standing for, but there is no legal requirement for that to be the case and every Urizeni magician may vote regardless of where they live. While the candidates formally announce themselves at the conclusion of the demos it is much more usual for them to do so before it begins - so that they can then use the demos as an opportunity to canvas for undecided voters.

The egregore then goes through the list of dictums that the demos has supported asking the candidates if they will pledge to enact them or not. Candidates are not given any time to debate a dictum at this point, since they have already had an opportunity to explain their stance on any given dictum to the demos. They must either commit to enact the dictum or reject it.

Once it is clear which candidate supports which dictums there a final vote to select the senator. The candidates spread out and every magician presents their sigil to indicate their support for their preferred candidate, usually by moving to stand behind them if they are physically comfortable doing so. Only magicians who are present at the demos can vote - sigils are not transferrable - but it is common for a colleague who needs to remain seated to give their sigil to a colleague to bear.

The candidate with the most sigils is duly elected, and the egregore then marks the sigils of every magician who voted for the winning candidate. Those magicians may not legally vote in another senatorial election, until that Senate position becomes vacant again. Magicians who voted for a candidate who did not win may continue to vote normally in future elections. A written record is then made of the dictums that the winning candidate committed to. The expectation is that the senator will be able to explain what they are doing to achieve these policies or be able to show that they have advanced them. 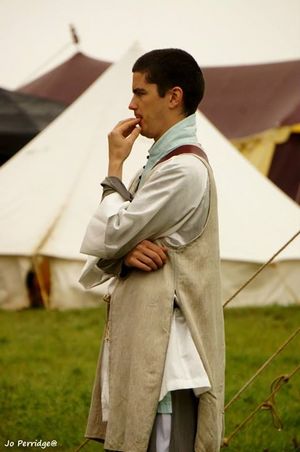 A list of well-known spires who have attended Anvil in recent years can be found here.