When a citizen of the Empire thinks of the Urizen, it’s usually a magician they imagine. Whether a priest, a soldier or a merchant, it is quite common for an Urizeni to know an incantation or the fundamentals of a magical lore. The mountains of Urizen are rich in raw magical resources, but they are even more rich in lore and recorded knowledge. There are libraries here that have been collected and expanded over five hundred years, but the Urizeni don’t rest on their laurels; they quest constantly to improve and increase their understanding of magic.

Technically, individual Urizeni are no more powerful than the magicians of any other nation. However, the nation produces so many magicians that a significant number of the largest and most powerful covens in the Empire's history have been Urizeni. This is a source of pride to many Urizen who regard their towering magical accomplishments as evidence of their foremost status.

Magic is viewed as the most potent tool an individual can wield to change the world. As such, a rigorous and disciplined approach to the study of magic is practised throughout Urizen. Individual spires develop their own specialities and often their own competing theories and practices. Some spires jealously guard their secrets, but many publish books and treatises detailing their ideas and their research. Debates and arguments between scholars are common — while the core ideas of magic are settled, Urizen magicians can still find much to argue about. Not just the nature of magic and reality, but the application of the arcane arts to the wider world.

Much of this esoteric lore and a fascination with it is peculiar to Urizen. The fact that the majority of it is pure conjecture tends to limit the interest of magicians from other nations are who more concerned with the practical consequences of magic. But the Urizen understand that only by pushing the boundaries of what is understood can new ideas be discovered. They strive to approach problems from a new angle aiming to avoid becoming hidebound or limited in their understanding. Even if Urizen magicians accept that the ideas are flawed, most enjoy the lively exchange of ideas, considering them the ideal way to train the mind to be able to better grasp the metaphysical.

The Urizen magicians that are most interested in pushing the boundaries of magic are usually called stargazers. These mages often have less interest in politics, preferring to devote their time to the study of magic; not just for the power it grants, but so that they can understand both it and the complex laws that govern it. They tend to be fascinated by esoteric lore and engage in research and experiments seeking to advance understanding and exceed the known limits of magic. They are particularly interested in resonance and its application to the most powerful rituals ever created.

Each of the six magical realms has a set of known properties or ideals with which they resonate. A good understanding of the resonance and dissonance of each realm is essential for anyone who seeks to create new rituals. For example, Spring magic abounds with life and energy, so it is easy to use magic of that realm to enervate and heal. The mental and spiritual effects caused by rituals are fundamentally linked to this resonance — the Spring ritual Fire in the Blood grants a magician enhanced mastery of Spring magic, but the resonance of the realm also makes it difficult for them to control their temper.

Some Urizen magicians claim that this resonance occurs in the mortal realm as well as in the magical realms; that it is the physical mechanism that transmits the forces involved in the Net of the Heavens. When a person responds to some event, their actions may cause others around them to react in a similar manner. The stronger the resonance, the greater this associated response. In prosaic terms, a node in the Net of the Heavens is pivotal because of how keenly the nodes that are linked to it resonate in sympathy with it.

Those who accept this view argue that the Empire itself is the prime node in the Net of the Heavens, the one that fundamentally moves all others. Experience has shown that the most powerful rituals that target this key node cause everyone in the Empire to resonate with the magic of that realm. The direct effects of such a ritual might be predictable and well understood, but the consequences of causing so many people to be influenced by the magic of one realm as they resonate in sympathy with are too complex and chaotic to forecast. Those who are suspicious of the influence of the realms on the mortal world often question the wisdom of casting such rituals. 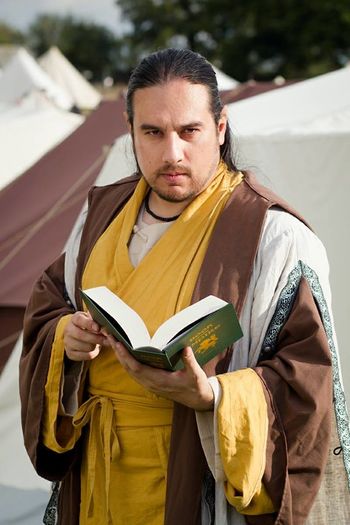 Most Urizen regard the Imperial Conclave as the most important political arena in the Empire, a reflection of the importance which the nation places on magic. The key Imperial positions, the archmage and the grandmaster both control access to vital magical resources. The grandmaster of each order has ready access to crystal mana and wields crucial political powers within the Conclave. Each archmage has access to unique magical tools and the ability to treat with the eternals on an equal footing.

Many Urizen see politics and magic as similar in approach and inherently complimentary. They are similar in the sense that carefully chosen words and gestures, a strong will and a keen intellect allow one to achieve results far beyond what one could achieve using only one's body. They are complimentary in the way they work; magic is notoriously unreliable at influencing hearts and minds, but a charismatic speaker can achieve incredible results without using the tiniest bit of actual magic. By contrast, words of magic can achieve things persuasion alone can never accomplish, raising a storm, calling down an avalanche, or raising a devastating flood.

The magi, the political magicians of Urizen, warn that the only leverage the Urizen have to persuade other members of the Empire to support them is their magic. They point out that while the the Urizeni are the most powerful magicians in the Empire — magic is the only area in which the Urizeni are preeminent. They will never have large armies to rival the Imperial Orcs, Dawn, Wintermark or the Marches. They don't have economic wealth or rich resources to rival Varushka, the League, or the Coast. According to the magi, if the Urizeni don't use their magic to advance their political goals then they will suffer as other more politically active nations put their own agendas first in the Military Council, Senate and Synod.

While the magicians of Urizen pursue excellence in all six of the realms of magic, there is little doubt that they are best known for their consummate skill with Day magic. The resonances of the Day realm complement the Urizen fascination with mastery, philosophy, and the thirst for knowledge. There are many regios in Urizen, but scholars have noted that there are significantly more aligned with the Day realm than any other, especially in the high mountains. There's a long history of cordial relations between the eternals of the Day realm — especially Phaleron, Kimus, and Leviathan — and the magicians of Urizen.

Regardless of what realms they master, most magicians appreciate the value of divination — using their magic to expand their understanding so that they can pick the ideal course of action. The seers are the best known proponents of the practice of prognostication — the art of using magic to uncover information and then applying what has been learned. This approach has application at every level of society, whether using the Eyes of the Sun and Moon to determine the relative strengths of opposing armies, or consulting an augury such as Signs and Portents for warnings about potential threats before they become obvious. 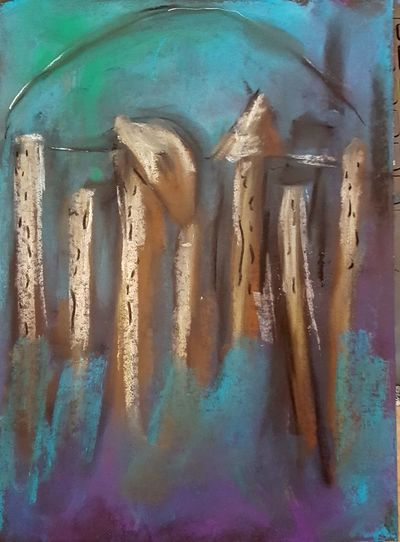 It is not possible for the Imperial Conclave to use a declaration of dissemination of Imperial lore to affect a ritual that is part of Urizen lore, nor is it possible to either remove a ritual from Urizen lore, nor to recover the ritual text once it has been added to the body of knowledge.

This table summarizes the rituals that have been placed in Urizen lore.