Civil Servants are all NPCs played by crew. Their job is to allow the game to run effectively in character - preventing players from being bogged down in administration or bureaucracy. The roles are designed on an OC level to be incorruptible - PD will never run plot in Empire involving the corruption of Civil Servants, including Magistrates. 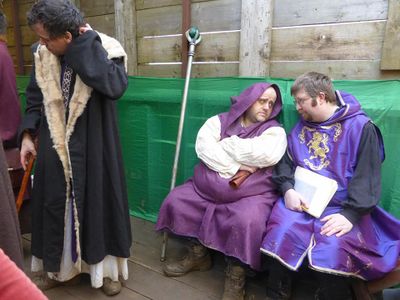 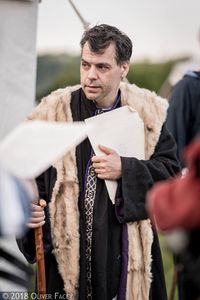 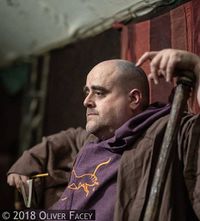 Leontes the Scribe, Imperial Archivist and
Member of the Constitutional Court 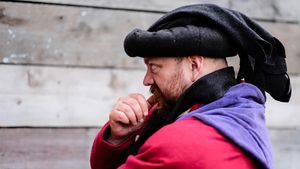 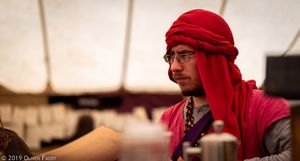 Leonardo i Del'Toro i Riqueza, Tribune of the Synod 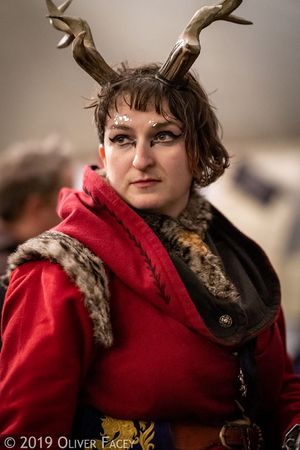 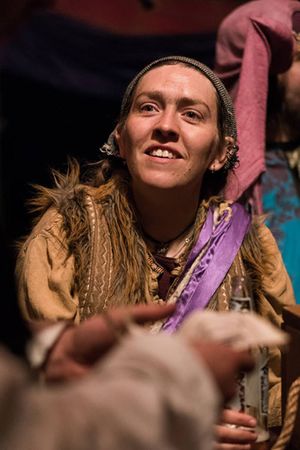 Marta Kovar, Agent of the Bourse

The Agent of the Bourse comprises those Civil Servants appointed to oversee the business of the Imperial Bourse. They organise the Auction of the Seats, the sale of goods such as True Liao, and organise the election of National Bourse Titles. In addition to these duties, they oversee the production of Bourse Seats and issue certificates for weirwood, mithril and white granite that can be exchanged for a wain of the relevant material when the need arises.

The Agent can also answer questions relating to Bourse Titles, including those auctioned and voted for by citizens.

The Agent of the Bourse also comprises a number of individuals who audit the Bourse resource locations across the Empire, but do not attend Anvil.

The Agent is expected to maintain the following records:

Prefect of the Conclave 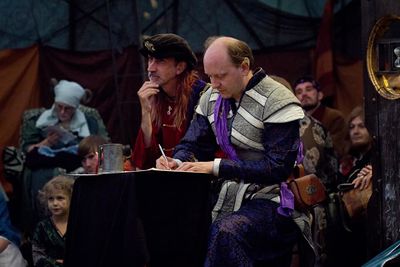 Khaytanus Everwatch (right), Prefect of the Conclave, next to Merlot, the Overseer of Imperial
Elections (left).

The Prefect is available in the Hub in advance of each session to receive Declarations for the Agenda, as well as to answer procedural questions on how things might be brought before Conclave.

The Prefect is expected to maintain the following records: 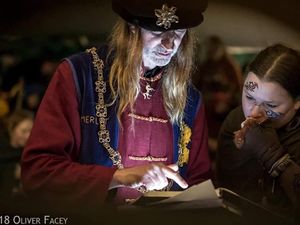 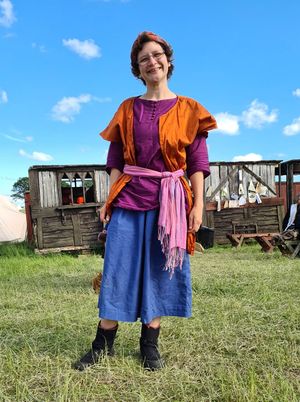