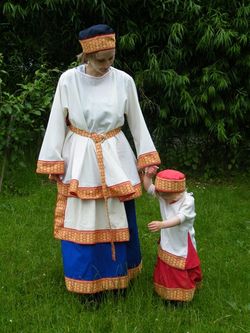 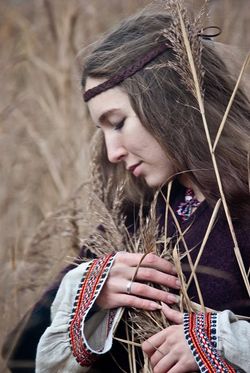 Festivals and feasts are a common feature of Varushkan life; among the most widespread observations is the Feast of the Loom.

In the remote and isolated vales of Varushka, superstitions and traditions that date from the earliest days of the Imperial Faith -and perhaps before - persist in hearth magics and festivals. One such tradition is the Feast of the Loom, a traditional winter celebration that traditionally begins at dusk on the first night of the Winter Solstice, when Varushkans gather around the hearth to share food, drink, songs and stories. Any Stzena present often begin the proceedings by performing, though their role throughout the night is more to encourage the participation of others than to provide continual entertainment themselves.

The Loom after which the festival is named comes from one of the traditional tales told at this festival. Many vales have their own version, which tells of three sisters whose children wander too far from their house and lose themselves in the woods. One sister tries to draw them back by lighting fires on the edge of the forest, one makes noise with bells, rattles and signing, but only when the third sister brings her loom, and weaves the children's names into cloth with scraps of their clothes and hair do the children remember their familes and return home. Taken literally it is told as a children's story to warn against the dangers of straying into the dark forests; allegorically the children are thought to represent to lost souls in the Labyrinth. At this time of year, some Varushkans still cling to the primitive superstition that the labyrinth is passing closest to the mortal realm and that songs and tales told of the departed will be heard by the souls of the Virtuous dead, and hasten their rebirth. It is traditional in some vales for a simple loom to be hung near the Hearth, where are all welcome to weave scraps of ribbon, cloth or hair into a rug or blanket over the course of the Festival.

A funeral is almost always a sombre occasion in Varushka. The majority of funerals take place during the day, and are restrained affairs marked by eulogies spoken by the closest friends and familes of the dead and a blessing from a priest. The body is then buried in a graveyard or corpse garden, wrapped in a shroud traditionally sewn together out of the sheets and blankets from the last bed they slept in before death. Graves are usually dug by the closest relatives of the deceased, rather than by any kind of professional.