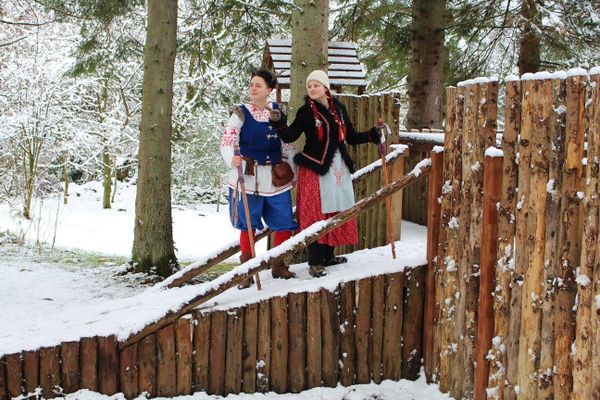 The vales of Varushka are havens of safety in a dangerous wilderness.

The typical community in Varushka is a vale. These inhabited valleys are usually well fortified, and may be home to a single small town or several villages. Most vales have a leader called a boyar. Anyone can, in theory, become boyar – while it is common for the boyar to be a warrior, there are plenty who are magicians, priests and especially merchants. A boyar generally oversees day-to-day life in the valley and serves as an arbiter to resolve disputes. Their authority stems from the protection from the dangers of the Varushkan wilderness they provide to the vale’s inhabitants.

The boyar is usually assisted in this task by a group of professional warriors called schlacta. Heavily armed and armoured, these soldiers protect their vale from the dangers of Varushka. Most boyars provide weapons, armour and food for their schlacta, in return for their loyalty. A boyar can claim as much land as their schlacta can protect – prosperous, ambitious or wise boyars arrange regular patrols to keep quite large areas safe from wolves and other threats, acting decisively to destroy their lairs before they can threaten the boyar’s vale.

There is no single way that boyars are selected – or, more truthfully, select themselves. In some areas it is common for a single family or group of families to lead a valley for several generations. In other villages there are fierce feuds between a small number of families over who claims the title of boyar. Some vales claim not to have a boyar at all – they are often run by a small council of wise ones – but in these cases it is usually easy for an outsider to point to the leader of that council, the head of the local militia forces, or some form of local sheriff, as being the de facto boyar.

Imperial law has done little to curb the real power of the boyars, which ultimately stems from their ability to withdraw their protection from the community, or from individuals in the community. While this is unlikely to result in immediate death, the next time the wolves gather in numbers those who cannot rely on the protection of the boyar and the schlacta are almost certainly doomed. Despite the cruelty of this practice, there is nothing illegal about it – Imperial Law does not require the boyars to protect the people who live under their auspices.

While some boyars are fair and even-handed and enjoy the respect and love of their community, others rule with a rod of iron. Tyrannical boyars are not necessarily evil men and women. The dangers of Varushka are very real, and sometimes compromises need to be made between freedom and survival. A weak yet well-meaning boyar is often more of a threat to the people they supposedly protect than a strong yet authoritarian boyar whose schlacta maintain rigid order in the face of malignant supernatural evil. “Hard as iron and fair as silver” is meant as a compliment for a boyar who brooks no disagreement with their judgements.

While a boyar is often the effective leader of a valley, it is a foolish leader who neglects to hear the counsel of the wise ones. The wise ones maintain a loose network of communication between valleys, and help to tie the nation together. While their communication is most often used for the transmission of gossip or the spread of useful information, in times of trouble the wise ones are capable of working together to orchestrate effective responses. The relationship between the wise ones and the boyar in a settlement often sets the tone for the entire vale. 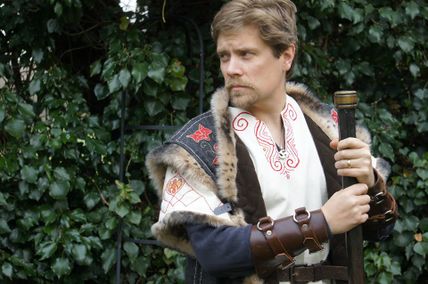 Each territory in Varushka returns a Senator to the Imperial Senate. The process whereby these Senators are selected is built around the Varushkan emphasis on wisdom. The candidates are isolated from the rest of their nation and then brought one-at-a-time before a council composed of the nation's children and the wise ones. Wise ones who hold high office – senators, cardinals, generals, for example – are customarily prevented from taking part in this council.

The young children, working with the Egregore, will ask three questions designed to reveal the Virtue of the candidate, especially their Wisdom. The wise ones listen to the answers but are forbidden to discuss them with the applicant. The children however may ask for clarification or challenge what is said if they choose.

Once the questioning is complete, the wise ones will discuss among themselves which candidate demonstrated the most Wisdom. When they have made their decision, the candidates (and the civil service) are informed of who has been chosen to be senator for the coming year.

In Winter 382YE, the Imperial Senate assigned the newly conquered territory of Ossium to Varushka. The Senator for Ossium is elected alongside the Senator for Miekarova during the Winter Solstice.

The current Varushkan senators are listed below - see the individual territory pages for a full election history for each position.