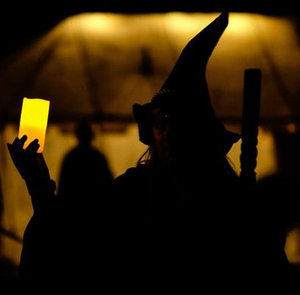 Volhov often specialise in two particular branches of magic. They are interested in magic that wards against and binds supernatural forces for obvious reasons, and volhov who master this particular type of spellcraft are often interested in the eternals. These entities are dangerous, but several of them seem to have a particular interest in Varushka and they can be bargained with by clever volhov. Further, some volhov actually make contact with sovereigns, either arranging deals that protect their community or working magic to keep the sovereign quiescent.

Volhov have a reputation for being meddlers that is not undeserved. They do not live apart from the other inhabitants of Varushka, and actively involve themselves in the lives of those around them, offering advice or interfering to improve any situation that catches their fancy. A volhov boyar is rare but not unknown; some use magic to empower their schlacta, or hire schlacta who possess practical magical talents of their own. Some volhov boyars have a bleak reputation for making deals with eternals and sovereigns that protect their people but leave the people of other valleys prey to monstrous depredations.

Volhov are usually aided by a younger apprentice who learns when and how to wield magic. It is common for volhov to possess lineage, and they often prefer to take apprentices who have the touch of “the other” about them, in the knowledge that it makes it easier for them to deal with some eternals. Volhov tend to dress in dark coloured robes made of hard-wearing fabric and are rarely without their staves. They commonly cover their heads with hoods or hats, and volhov are often described in stories as “shadow faced” as a reference both to their headgear and their mysterious nature. This simple uniform announces their profession to others, and warns them to be respectful. 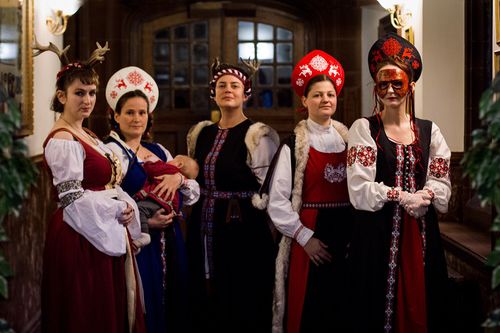 No two cabals are alike; some make their existence known while others prefer to operate unnoticed. Some occupy ancient fortifications and employ schlacta to protect them and keep unwanted intruders away, while members of others prefer the comforts and community of life in a vale. Some welcome any who would be a member, others invite only the most powerful to join them. The cabals of Varushka rarely challenge the power of the boyars, precious few have the time or the inclination to take on the defence of a vale and its populace, but they are influential and most boyars tread carefully around those who can wield magic. Some cabals favour the philosophy of the volhov, and tend to meddle in the politics of the vales and the nation, while those that favour wise ones tend to serve as a haven for wisdom and assistance when a hard winter brings difficult times.