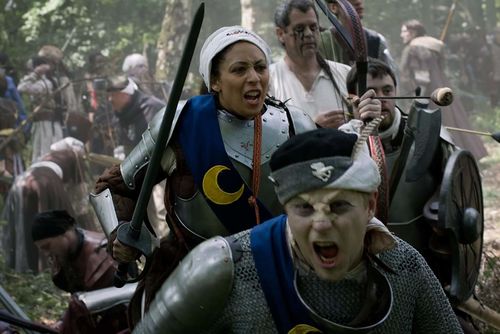 A campaign refers to a clash of forces in a territory when one or more of the armies or navies there attacks. Campaigns stretch over three months and encompass multiple encounters between the Imperial forces and the barbarian enemies. Each commander issues a single set of orders to determine the strategy their army or navy will pursue during the campaign. The orders create a narrative for the campaign; they communicate the aims of the Imperial forces and shape the results of success (or failure) at each stage of the campaign.

A campaign will normally incorporate every force present in a territory. Navies are located in coastal regions while armies may be spread throughout a territory or concentrated on defending one region, but they are all assumed to act in concert, so the total strength of all forces is compared to determine the outcome, regardless of the distribution.

At the beginning of an event, the admirals and generals are briefed on the current status of their force and the outcome of the campaign, if any, that it was involved in running up to the event. The Military Council is also presented with a number of opportunities to intervene – usually battles or skirmishes - that might affect the current Imperial military situation. Toward the end of the event, the Military Council is briefed with regard to how the actions of the characters (especially battles and skirmishes) have changed the situation since the start of the event, if at all. Each general must then submit an order for their army to follow over the coming three months.

Orders should focus on what the commander wants their army or navy to achieve rather than how they do it. An Imperial force fights to the best of its ability, the civil service control military logistics and supply lines and the Empire has battlefield captains and commanders who are well versed in tactics. The orders issued by an admiral or general determine the overall actions of their force in the field over the next three months; there is no option to submit specific tactics or arrangements of troops or ships. The place for complex battlefield plans is during the events, where player characters fight barbarian enemies.

E.g. The Dawn general of The Hounds of Glory may issue orders for their soldiers to advance without concern for casualties with the goal of smashing through the Druj lines to join up with the Imperial forces defending the fortifications at the city of Holberg.

The text for the orders is important - we use it to determine the narrative of the campaign outcome - and it influences the options that the plot team write for the battles at the next event - but the mathematical results are calculated based purely on the type of order that was submitted. The orders are then compared with the orders submitted for the barbarian armies to identify where military campaigns are happening, which forces are fighting, and to calculate the outcomes.

Admirals and generals must provide the Herald of the Council with a signed copy of their orders. They can submit their orders at any time. Traditionally they are written and sealed on the last day but there is no legal requirement for this - as long as the orders are received by the Herald before the end of the summit.

The civil service uses the signed orders to make suitable arrangements and instructions for all the necessary logistical support, as well as ensuring that the correct orders are communicated to the army. Any attempt to change the orders once they are officially given to the Herald invariably leads to chaos and confusion which harms the army's effectiveness.

The orders for the barbarian armies are submitted by members of the military campaign plot team. The barbarian generals have access to magic and rituals - similar to those employed by the players - so the team also decide which rituals to use to strengthen their armies and to scry the Imperial forces. All these decisions are done blind; the people submitting them do not have any knowledge of the orders submitted or rituals performed by the players.

The basic outcome can be significantly affected by any battles or skirmishes linked to that military campaign that take place at the events. 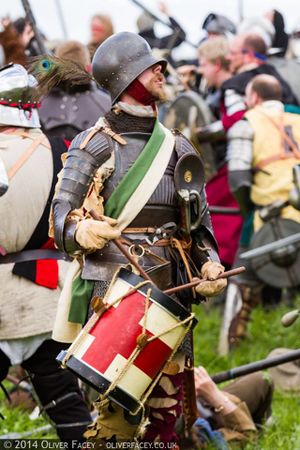 Forces that attack a territory that contains no defenders are considered to be attacking unopposed. They do not take any casualties and receive a significant bonus to the attempts to conquer regions in the territory. A single fortification in a territory is sufficient to negate this advantage.

Trying to take the first region in a territory is twice as difficult as normal. The same penalty applies if you try to take another region which is not adjacent to an existing region in that territory that your side controls. These rules are designed to reflect the difficulties presented by extended and exposed supply lines. This is one of the reasons the Empire and barbarians alike take pains to conquer an entire territory rather than permit their enemies to keep control of one or more regions.

The total strength of each side present in a territory is calculated and compared. The side with the largest army and navy strength is considered to be winning, the scale of the victory is proportional to the difference in the numerical strength of the two sides.

If the winning side has submitted orders to attack their enemies then their victory translates into territory captured. They may gain control of one or more regions within the territory the campaign is taking place in.

If the winning side has submitted orders to defend the territory then their victory translates into reduced casualties taken. It is possible for a victorious defending side to reduce their casualties to zero if their scale of their victory is large enough.

Each side engaged in a campaign will inflict casualties equal to one-tenth of their fighting strength. Both sides in a campaign take casualties, not just the side that loses the campaign. 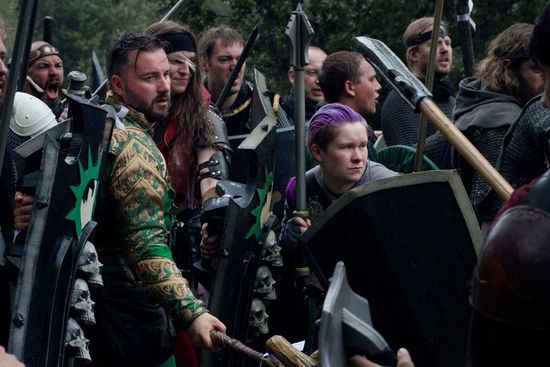 Battles and skirmishes are a chance for the heroes of the Empire to turn the tide of a campaign.

At the Equinox and the Solstice, the opportunity exists to intervene in a military campaign and influence the outcome. The Sentinel Gate allows bands of Imperial heroes to travel instantly to key locations to try to turn the tide of a campaign. The civil service prepares briefings for opportunities that they judge will make a difference to the ongoing military campaigns, and present them to the military council.

Battles and skirmishes can have any number of outcomes, but a common result might be to improve the outcome of a campaign to help complete a specific campaign goal, or to achieve specific goals in that territory. For example, eliminating a specific barbarian command group might spread confusion among the enemy during the coming season increasing their casualties, or it might prevent predicted casualties to the Imperial armies engaged in that territory. Destroying a key bridge might mean that the casualties to a retreating Imperial army are significantly reduced, or cut off a barbarian army from reinforcements.

Even a small number of player characters might influence the outcome of a campaign during an event. A small band of scouts who penetrate a barbarian-held wood to assassinate a Druj messenger and steal the orders she carries could give a significant bonus to the campaign goal of trapping or out-manoeuvring the barbarian forces in that territory. Providing an army fighting in filthy, disease-infested marshes with valuable supplies of Imperial Roseweald might significantly reduce the casualties that army will suffer.

We have a simple system to determine which side is winning in a campaign. Most of the effects are expressed as simple fractions to ensure that most generals will be able to work out roughly what will happen in a campaign - if they know what the barbarians are doing - without needing to use any detailed maths.

We have deliberately kept the system simple; Empire is intended to be a game in which characters make difficult, political choices. For that to work the decisions the generals take should be well-informed choices, ones where they can make reasonable predictions of the outcomes provided they have sufficient knowledge of the barbarian's plans.

As a result, it is perfectly reasonable for generals to make reference to these numbers during in-character conversation. Numbers such as the one-tenth ratio for casualties an army will inflict are considered to be a rule of thumb that is widely employed by the Imperial civil service and anyone who has studied warfare in the world of Empire.

In reality, it would not be possible to make a prediction for a given scenario that was as accurate and precise as the simple framework allows. It is not possible to precisely predict the actual outcome of a campaign anyway, since the numbers involved are dependent on factors obscured by the fog of war such as the plans of barbarians and the orders submitted by players for their military units.