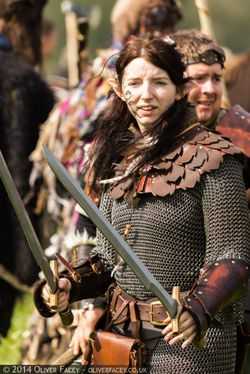 Changelings are often seen as harbingers of good fortune. 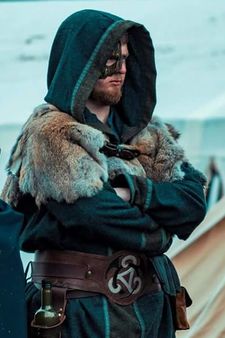 Briars are welcomed for their bold and forthright demeanour.

The Winterfolk tend to judge people as individuals so they rarely discriminate against a particular lineage, though they are unforgiving of people's failures. For Winterfolk to say that an individual “cannot help themselves, it’s in their blood” is meant as a final condemnation not as a mitigating justification.

A spontaneous changeling birth is regarded as a sign of good luck, and having “sharp ears” is a common compliment for anyone who shows alertness or initiative.

There are a number of groups of Kallavesi that are heavily dominated by those with the naga lineage. Some of these naga-dominated halls disdain magic, preferring to focus on the arts of war and take a rapturous joy in battle which can disquiet even the militant Steinr.

The bold, direct and uncompromising nature of the briar lineage makes them welcome among many Winterfolk, especially those of the Steinr tradition. The bark-like material that covers their wounds is treated like any other scar and a briar with strong lineage is often given additional respect as a result.

In Wintermark most orcs are regarded as worthy opponents, an enemy suitable to give or receive a good death from. They were also quick to accept the Imperial Orcs once they proved their loyalty. Quietly some even comment that the Imperial Orcs have recently proved a more reliable and effective ally than some nations of the Empire.