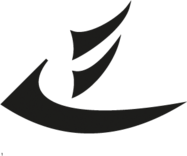 The Serpent, Rune of Mystery

The Rune of Mystery covers things that are not known, but whose nature can be uncovered. It is the counterpart of Diras, Rune of Secrets. It represents confusion and uncertainty but it is also associated with intuition and perceptiveness. As with the Shuttered Lantern, what the Serpent conceals, it can also be used to uncover.

Wyr is a seductive rune; mystery leads to allure, curiosity and even obsession. In this regard it is sometimes called the Veil, and is said to have correspondences with love, seduction and desire. It differs from Zorech in that this is a rune of temptation, beguilement and romance. wheras the latter rune is more closely associated with more direct infatuations and carnal desires.

In some areas the Rune of Mystery is called the Pestle and Mortar, and represents the use of narcotics. Anything that dulls the mind and unshackles reason falls under this Rune, and while it is often seen in a negative light there are some who claim that by voluntarily seeking out such states their intuition becomes sharper and their ability to transcend the constraints of plodding logic is sharepened. In this aspect Wyr also represents confusion and uncertainty, as well as physical phenomena such as fog or mist.

This rune has an adversarial relationship with Ophis, Rune of Revelation, The illumination of the Lantern destroys mysteries, exposes romance and beguilement to the tawdry light of day, and renders the unknown and the alluring banal and commonplace. By contrast, the the Rune of Mystery has a more complex relationship with Sular, Rune of Discovery. The hard work and effort represented by that rune complements the nature of Wyr - the more someone tries to understand Wyr, the more alluring and mysterious it may become. Behind every veil, another mystery awaits.

Wyr is also the rune of riddles; while the person asking the riddle usually knows the answer (which would suggest a riddle is a secret) riddles are usually unraveled through intuitive steps and leaps of logic rather than through literally interpreting the meaning of their words. The Book of Wyr is a legendary Suaq tome that contains every riddle that exists; many icewalkers collect their own Book of Wyr as they create or discover new riddles.

In Highguard it is sometimes called the Broken Mast, representing a ship that has become damaged or lost and referencing a perceived adversarial relationship to Sular rune of discovery. Used in conjunction with that rune, it represents a quest to uncover something that is unknown, rather than a quest to uncover hidden facts and consequently investigators and magistrates often bear the two runes together on some item of jewelry to represent the quest to uncover the truth. The mystics of Kallavesa carve this rune into sweat lodges and chambers intended for vision quests and the use of sacred narcotics, and some Riqueza claim that their founder used a crystal with a flaw in the shape of this rune at it's heart to lead the Freeborn to their new homeland.

Wyr is often associated with the Eternal Sung, who revels in speculation about and preservation of, mysteries.

Wyr is used directly to uncover mysteries, and may be evoked in magic that obscures facts or identities. Magic worked with this rune tends to be subtle; it is useful for making it harder to discern facts about something, whereas specifically changing or concealing one item of information is much more in the purview of Diras. It is also worked into magic intended to inflame desire, confusion and uncertainty.

Wyr is most commonly used by craftsmen in it's aspect of the Veil, embroidered into beautiful and seductive clothing. It is also commonly associated with luxury, and may be engraved onto bottles of fine liquor or etched onto containers designed to contain exotic treats and visionary or recreational narcotics.

Here is a digitized version of Wyr in .jef format, suitable for a 7x5 hoop. File:RuneWyr.jef