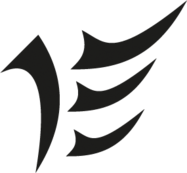 The Wyrm, Rune of Transformation

The Wyrm is associated with transformation, transfiguration and change. It represents the mercurial nature of many Eternals of the Realm of Night, whose physical forms are as mutable as their passions and goals. The changes worked or divined through Xun are rarely trivial; the rune corresponds to profound, life-changing events rather than minor alterations. It is often called the Butterfly or the Cocoon by mystics to better communicate the potency of the concepts it represents.

Xun is not just concerned with physical change. It also represents profound spiritual and mental changes; in some places it is used to communicate ideas such as enlightenment, or the idea of the spiritual transformation of a mortal into a Paragon. When used specifically to represent these kinds of transformation it is often called the Key. This is also a rune associated with life, and the transition from birth through childhood and adulthood to the final transformation of death, and potential rebirth of the spirit.

The Rune of Transformation also challenges and ultimately defeats stagnation and complacency. Some Kallavesi in particular speak of Xun as the Axe, which cuts away the undergrowth and clears a path through the forest. In divination this rune can often be taken to mean a challenge to accepted truths, or an encouragement to break out of a routine.

This is also a rune associated with alchemy, medicine, cooking, smithing and any other endeavor where ingredients with different properties are brought together to create something different to, or stronger than, the individual components. In this aspect it is sometimes called the Clenched Fist, or the Firm Hand.

Almost any activity undertaken by more than one person with similar goals can be connected to this rune, but there is a strong connection between Xun and the dramatic arts. It is often seen carved into stages, especially in the League, and symbolizes the idea that a play is the result of many people combining different qualities to produce something greater than any one person could achieve alone. Several Troupes use Xun on their rings or Coven Stones, and in some places Xun is used as a symbol for the practice of ritual magic.

Xun is evoked in any magic that transforms one thing into another thing, or that changes one quality into another quality. It might be evoked with rituals intended to physically change a person, place or thing, but it is most commonly used to represent durable changes rather than temporary alteration or disguise. Some magicians evoke Xun when performing the Repair incantation, transforming the damaged or broken object into a new, sturdy form. A few even evoke it with the Disintegrate incantation, arguing that the magic does not destroy the target item but simply transforms it into something immaterial and profoundly transient.

From a mundane point of view Xun is often engraved or carved into tools used in crafting, especially cooking, alchemy and the formation of alloys. Apothecaries use it to mark preparations that alter perception or physical qualities. It is also often found on musical instruments, especially those owned by musicians who hope that their music or poetry will profoundly move their listeners. Often items crafted with Xun will also contain some rainbow silk.

Here is a digitized version of Xun in .jef format, suitable for a 7x5 hoop. File:RuneXun.jef