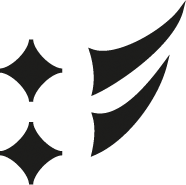 The Shears, Rune of Ending

Dark counterpart to Evrom, rune of Beginning, the Shears represent the end of the journey. It is the point at which all decisions have been taken, all plans made have come to fruition and victory or loss are complete. Nothing now can be changed and all has taken its course; the thread must now be cut and an ending made.

Although ending can be a time for sorrow, Yoorn urges us to look back and reflect on what has been learned. Often used together with Irremais, Yoorn allows us to learn from what we have done, and in that can also be a rune of fulfillment and completion. Now that an end has been made, we are ready to be renewed and move on, ready for transformation and a fresh start.

Sometimes called the Rune of Severence, it is often mentioned during the formal ending of relationships, associations or agreements. The Scriviners of the Brass Coast sometimes stamp it onto a contract that is considered to have been completed, or voided in some way. Lovers occasionally give a gift with the rune inscribed on it to discreetly draw a romantic affair to an end – this is most common in Dawn and the League.

Yoorn is combined with the Spring rune Evrom to represent the idea of birth - as the baby enters the world, the time of pregnancy is at an end. So too as the shears cut the thread of life the soul passes from one world into the next, ready to continue its journey, Yoorn represents Death. When used alone, it represents oblivion; when combined with Evrom, it represents the hope of reincarnation.

Yoorn is often evoked at the end of a ritual to draw a sustained magical working to its close and is used alongside Cavul, Rune of Purity, in cleansing rituals or in magic intended to prematurely bring other magic to a conclusion. It is also used alone to sever bonds, and especially when breaking the covenant between members of a magical coven who choose to part and go their separate ways.

It is often inscribed on tombstones and funeral wrappings, and occasionally found on weapons of war intended to end the life of an opponent.

Here is a digitized version of Yoorn in .jef format, suitable for a 7x5 hoop. File:RuneYoorn.jef