The constellations have been known since time immemorial ? they figure, largely unchanged from their present forms, on some of the oldest buildings and artifacts in the world. Many magicians ? especially those of Urizen ? believe them to be a map or chart of the powers of the world reflected above ? as if the sky were a great dark lake and reflected on its surface was the means to understand, control and manipulate the forces of nature. 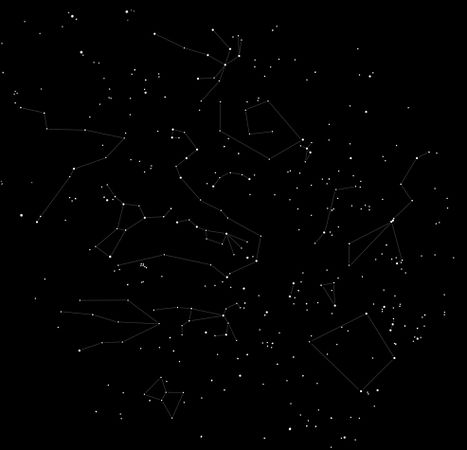 The stars are handles ? physical ways to grab the force of magic. Nobody in the Empire imagines The Stork is an actual stork. That arrangement of stars you can see in the sky is the way it is to represent one of the primal powers of creation; by using that imagery and incorporating it into your rituals, you are tapping into that primal power and associating your ritual with it.

Astronomancers firmly believe that echoing the structure of the constellations strongly influences the environment ? it is not uncommon to find an Urizen spire's encampments laid out in the form of The Net, or Astronomancer?s chambers arranged specifically to evoke a particular constellation.

The constellations are not sentient or sapient in any meaningful way ? they are symbols of potentiality, emblems of cosmic forces ill-understood by the Empire?s magicians. But sometimes during a ritual, a combination of the existence of the constellation, coupled with the efforts of the magician, will cause the manifestation of a tulpa. These are thought-forms; concepts and ideas given form by magical will and the motive power of the Constellation.

Tulpas are curious creatures ? constructs of will and magic that make it easier to form a connection between the constellation and mortal magicians. The process by which a tulpa forms and manifests is structurally and magically very similar indeed to the process by which a national egregore is formed; some astronomancers view them perhaps as the understandable face of principles too vast and alien for our minds to clearly understand. As the Varushkan Egregore sometimes represents a way for magicians to understand what it means to be Varushkan, to interact with the soul of a nation in a meaningful way, so Tulpas of the Claw allow a magician to interact with the principle of conflict between living things. 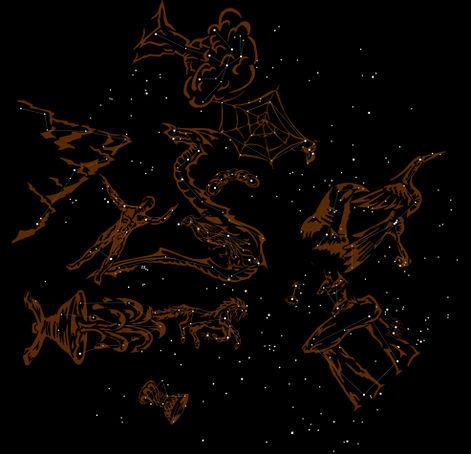 Whilst tulpas traditionally form their own bodies, astronomancers who are deeply aligned with a constellation during a working sometimes experience what they describe as ?brushing by? or "alignment" with a tulpa. The ritualist?s mind brushes the consciousness of a tulpa during a ritual and the ritualist finds themselves behaving in a way which personifies or exemplifies the principle of the Constellation. The ritualist does not lose control or consciousness, they remains in control of their own actions; but all factors to do with the constellation are amplified.