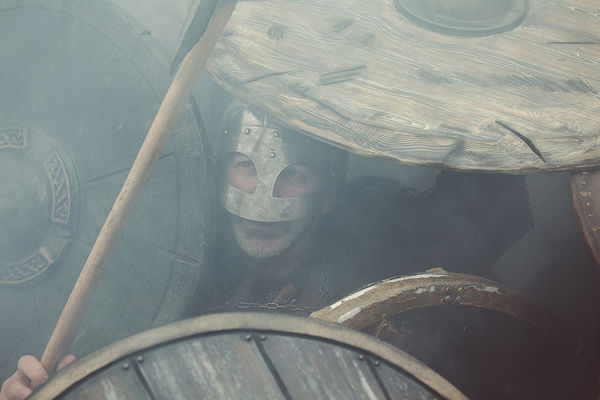 As 378YE begins, as the sap begins to surge in the woodlands and the waters thaw, the standard of battle is raised against the eastern sky.

In Karsk, the Thule fall back, driven from the hills towards the dawn. Despite the aid of dark forces, the barbarians are overmatched. Engagement after engagement ends in decisive victory for the Empire - Kopevnost, Moresvah and Nitrost are now under their control. The Thule leave their erstwhile allies, the traitors of Isember, to face the anger of the Empire. Yet there is trouble in store – despite the aid of the grateful miners of Moresvah, the imperial armies are battered - the fervour of their attack coupled with the magical might of their foes has meant many casualties. Carrion birds, scavenging rats and hungry Wolves feast well on the battlefields of Karsk.

Let the inner eye glide south, towards Holberg. Two walls united under the Empire again, yet the forces of humanity are fought to a standstill. A vast Druj army fights beneath the banner of the Scorpion's Sting, terrible in their wrath and versed in the arts of siege and sabotage. The Imperial tide crashes against the fortifications of Rebeshof, but is driven back time and again. The orcs are on the defensive, clinging to their control of the Mines at Ennerlund with grim resolve. The forces use the forests and the marshes to their best advantage, flanking Imperial assaults and using their command of the terrain to harry and slow the Imperial advance.

Yet so great is the fervour of the fallen soldiers of the Empire that they will not let death stop them fighting. On the last night of the Winter Solstice, a great wind roared down from the empty sky, a wailing surge pouring through the streets of Holberg and surging out across the battlefields of Holfried. The dead walk, pulling themselves from spikes, clawing their way from their graces. An army of walking corpses – human and orc alike – shambling forth to join the fray beneath the banner of the Winter Sun orcs. Without their aid, the Imperial forces would surely have been decimated ... as it is, Holberg is stalemated. 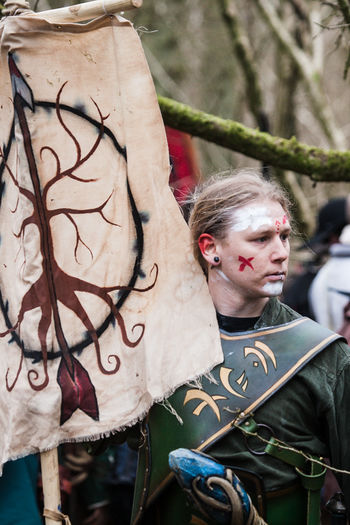 The Barrens – something is happening in the Barrens. The watchers of Drycastle and the Towers of the Dawn speak of orcs fighting each other – pitched battles, a bloody slaughter. Armies turning against each other. As Winter turns to Spring, there are stories of large numbers of orcs crossing the border from Brocéliande to the east – avoiding patrols. Deserting their hideaways beneath the green trees to heed some call from deep within the Barrens. The keen-eyed Navarr and the courageous scouts of Dawn speak of Druj banners, burning, burning in the rising sun ...

Away from the mystery of the Barrens! Fly south, further south. To Therunin.

The Black Thorns face two armies of Druj, fighting across the border from Reikos. Courageous, but outnumber by a force twice their size, they use the forest against their foe. The invaders pay for each inch of Navarri soil they claim with blood, but the defenders are slowly driven back, step by step. Nearly a thousand Navarr lay down their lives to hold their home against the barbarians. A great force of ten thousand orcs is closing in on Peakedge Stand ... a peaceful settlement, a haven for refugess ... sure to be a slaughterhouse if the Druj are not held back.

Five fires on the eastern front, the last down by the bay. In Spiral, Highborn courage and Navarri cunning meet cold barbarian fury. Nearly matched, the orcs have the advantage – but they are denied their prize. The Imperial forces turn the tide of barbarians seeking to conquer the Ossuary – and claim the bounty mithril mined from the Legacy for their own. The Granite Pillar and the Quiet Step buy time as well – work has begun again on the Fist. The stone-crafters guild of Ateri works feverishly on the great fortress of Mezudan; will their work be completed in time? Or will they simply attract the ire of the barbarians.

Fragmented reports from Spiral whisper of confusion – the orcs here do not fight beneath any known banner of the Grendel. Something is amiss.

There then the Eastern front in the war against the barbarians. Dark clouds gather, but the sun still shines bright and cold as the Spring gathers momentum. 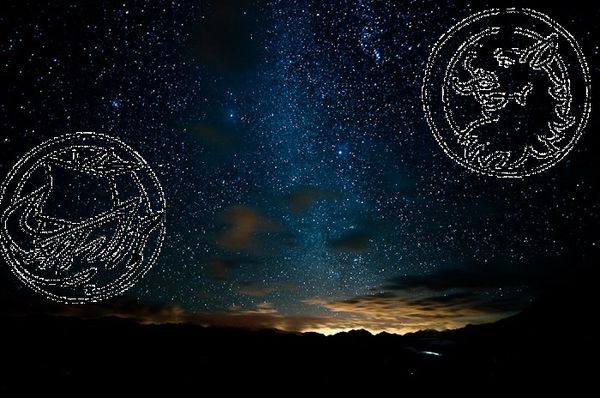 Turn away now, from the spilled blood and the pyres of the eastern front. Trace the Hounds of Glory, arcing across the Empire like an arrow of fire, like a falling star, like a comet.

The Three Sisters gaze down from the clear skies of Winter. In the Brass Coast they are called Erigo, Riqueze, Guerra – the three sisters who founded the nation of fire, sand and glass. The three sisters from whom all Freeborn descend. Do they whisper to the army that drives across the Empire? Do they whisper of ties of blood and the pain of regret?

Alongside the Dawnish knights and war-witches march the heroes of the Empire. A sea of shields and swords; axes and banners; a forest of pikes and spears; a maelstrom of livery and heraldry, of spire sigil and chapterhouse marks. Bound together by a common cause – the defence of the Brass Coast.

They are the hammer of the Empire.

The army marches with the dawn and with the wind behind them. Necropolis to Sarvos to Madruga and then, as the Three Sisters drop beneath the horizon, a final mad push across the capricious Scorrero to Segura.

The Red Wind Corsairs hold beleaguered Anozel against the bandits of the western hills, hold it against the coming of their allies. A cunning ruse has tricked the Lasombrian armies into caution – they believe there is another army in Segura.

How right they are.

The hammer of the Empire strikes against them, smashes them from the walls of Anozel, drives them back. Their camps in the Sorbal Grasses are burnt; the sweep of the campaign drives them from Anozoseri; the Imperials joined by freedom fighters out of the hills of Morajasse. Farm after farm reclaimed.

In central Segura, the Lasambrians try a desperate retreat across the Iron Plains – the barbarians are in disarray but not defeated quite yet. The first engagements on those wide, windswept plains have gone to the Empire … but can they maintain their momentum?

In the far north, at the edge of the world, the victory of Segura is echoed. The Summer Storm strikes in Hercynia, rampaging down from the hills of Skarsind to catch the orcs in the Glade of Shadows unprepared. Treji is liberated! The orcs are scattered. They are no match for the Imperial orcs, arrayed in their finery, supported by the Navarr of Northpines and Old Ranging and Summersend. Treji is near to ruins; but many prisoners are released, returned to the bosoms of their stridings and their steadings, freed from enforced servitude to the Thule, no longer forced to make weapons and armour for their hated foes.

Their commander escapes – Harak the Red and his surviving children are not among the fallen. They will surely seek vengeance – against the Navarr and the Imperial orcs – but for now they present no further threat to the Empire. Yet all is not well, here in the west.

In Liathaven an army moves cautiously beneath the trees. Not all the Lasambrian forces are committed to Segura. The hillborn-barbarians work their way northward through the trees of Beacon Point, sending scouts into Western Scout. Reports are sketchy at best – the orcs burn steadings, slaughter stridings, steal everything that is not tied down, and the Navarr here are isolated from the Empire. In a land already oppressed by vallorn, sickness and Jotun. The Lasambrians seem unopposed.

And what of the Jotun? The treaty still holds, but the folk of the Greensward are slowly being ground down by raiding barbarians. No more refugees are coming from the Mourn – the last stragglers report the campaign of capture is complete. Whatever the Jotun are up to in Mournwold it has entered a new phase.

And yet the treaty still holds, and while it does the guttering candle of civilisation continues to burn in the Mourn ... but the winds off the downs are cold, and fierce, and much can happen in a year ...