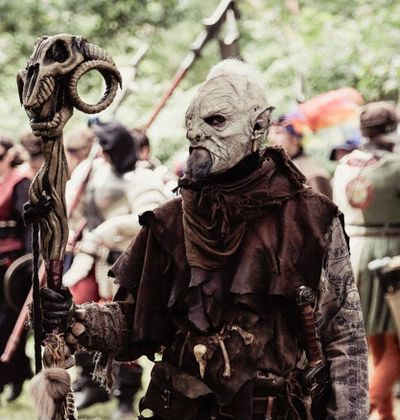 Imperial magicians can shape the fabric of the world.

You are able to cast the three basic spells; detect magic, operate portal and create bond. You may gain additional spells by purchasing an extra spell.

Each spell requires you to expend mana to cast them. The magician skill grants you four personal mana per day. You may purchase extra mana. Your character’s personal mana replenish overnight.

You may choose one additional spell from the list each time you purchase this skill. 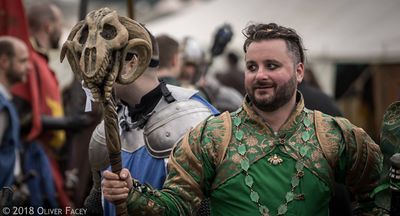 A battle mage can wield a staff and wear mage armour.

Any character that has purchased the magician skill can use a rod or wand as a mage’s implement to touch a target to cast a spell. This skill allows you to use a staff as a mage’s implement to cast spells. A mage staff can be between 42” and 84” long. During combat, you must hold the weapon in two-hands whenever you use it. If your mage staff is over five feet long (>60”) then you must have at least 18" in separation between your hands when you use it.

Any character that has purchased one or more realm ritual magic skills can perform rituals. Rituals require crystalized mana to cast; they are too powerful to perform with personal mana.

Each rank of Realm lore also allows you to pick two free rituals from that realm that your character has mastered. You do not need to pick the rituals you want when you purchase the skill, you may leave the 'slots' free and choose the rituals you want later. Leaving one or more ritual slots empty also allows you the opportunity to learn rituals that are not in Imperial lore, provided you can find a source.

The cost to purchase the specific lore skill for a Realm increases by 1 pt each time you purchase that lore skill.

In every case, you must have purchased the appropriate realm lore skill at least once to benefit from any source of additional ranks of that realm. For example, you must have Autumn lore to use a Melancholic Staff, Spring lore to benefit from a Vernal Balm, Day lore to gain the advantage offered by a Strigine Mask when performing Eyes of the Sun and Moon, or Winter lore to use the Imperial regio to gain a temporary boost to your power while performing Wisdom of the Balanced Blade. You cannot contribute to the performance of a ritual from a given realm unless your character has spent experience points to gain at least one realm lore skill for that realm. 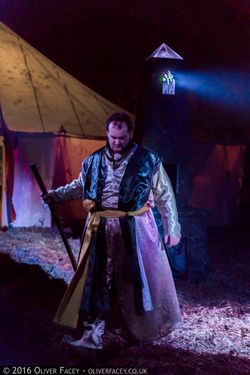 The rituals a character has mastered reflect a concerted effort on their part to hone their skill with those rituals. As such mastery requires constant maintenance by the magician, the mastery will eventually fade without this repetition.

A ritualist may not make a slot free using this method, they can only exchange one mastered ritual for another ritual chosen from Imperial lore.

If the desired ritual is not part of Imperial lore, a magician can still make the exchange but must include evidence that their character has access to the text of the ritual (ideally an image of the ritual text, or the ribbon ID number from the rear of the phys-rep).