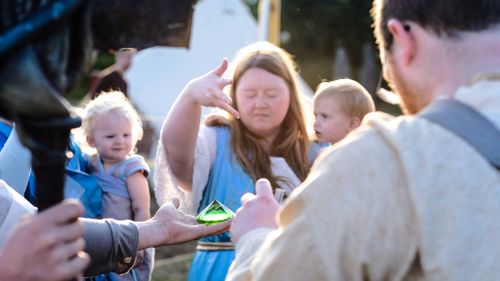 An apprentice can use skills on behalf of a character who has the skill.

Any character who has no skills (either because they have not yet spent any exp, or because they are a child) can utilize the apprentice ability. This ability allows them to use any skill provided they are being actively instructed by another character who knows that skill.

An apprentice can only use a skill under the close supervision of another character who knows that skill. The supervisor must roleplay providing direction and instruction and cannot use any other abilities of any kind. They must be able to use the skill themselves at the time so they must not be restrained, dying or terminal. The apprentice gains all the benefits of the skill use, rather than the character supervising them.

The apprentice ability exists to enhance the roleplaying of tuition and instruction and to provide more opportunities to get young players involved in the game in areas that require skills, such as apothecary. There are no mechanical benefits provided by the apprentice ability.