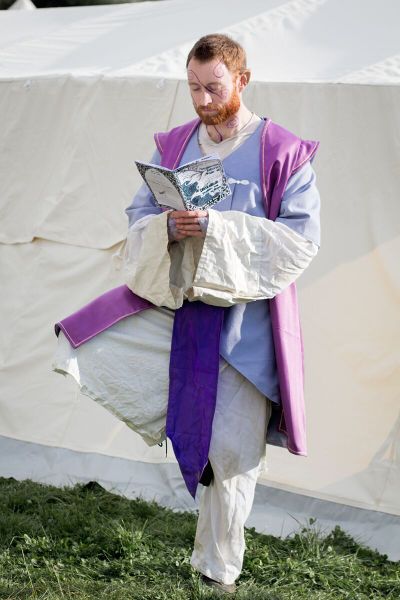 Excellence is not an act but a habit.

At its most basic, arete suggests that whatever can be “done” can be done “better.” Being content that one is “good enough” is seen as a failing. Arete exists in all endeavours from preparing food to building an aqueduct. The concept stems from a belief that human actions are of paramount importance; the world is a place of conflict and difficulty, and human value and meaning is measured against individual effectiveness in the world.

In people, arete is strongly linked to the Way of Virtue and is sometimes referred to simply as “virtue”. For a human being to possess arete they must instinctively embody some or all of the seven virtues. The virtues represent scales against which individuals and their actions can be weighed to see if they possess arete.

Arete is borrowed from classical Greek and adapted for Empire. It is the core Urizen philosophy, an idea that underpins their cultural personality; our presentation is intended to be a relatively simple concept that any player can work into their characterisation if they are playing an Urizen character. As Urizen is a land of countless philosophies, if you wish to play a character with a detailed knowledge of philosophy, then the contemporary Greek philosophies such as Stoicism and Epicureanism are good source material, once adapted, for more esoteric Urizen philosophies.

Better a smooth pebble than a rough diamond.