Had you not returned with a map of a shorter, safer, path through the Great Forest they would have called me a fool for funding your expedition as I did. Yet you are alive and have triumphed. I will ensure that this map will make us both rich and your Ambition and Courage are justly rewarded. 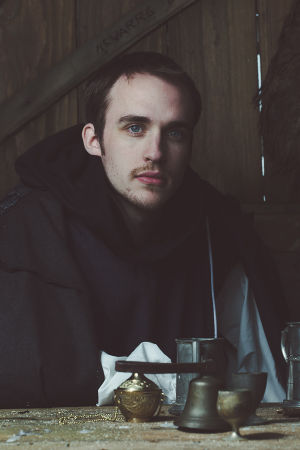 Benefactors operate a wide range of entrepreneurial endeavours, whether this is a business that operates solely in the field, such as a place to eat, or through more infrastructure-based trade through downtime resources, such as mines. For most benefactors, wealth is not an end in itself but a means to fund and support the projects that truly interest the benefactor, a principle that even extends to the Imperial Bourse. A benefactor may take a less advantageous trade if it means that they have the resources they need for their desired project, though a benefactor that beggars themself may be seen as lacking Prosperity and Wisdom and not to be taken seriously.

Benefactors are not moneylenders, they do not lend money and charge interest. Instead they invest in people and projects, providing money to help fund something in the hope that all the participants can gain as a result. The Highborn believe that this is a more ethical way for those who have money to employ it, since the benefactor takes the risk alongside the people they choose to invest in.

Beyond purely monetary concerns, benefactors actively encourage people to make moral decisions when dealing with economics, discouraging the rapacious economic practices of other nations in favour of a virtuous approach to dealing. Benefactors believe that virtuous men and women set prices for things which are fair and buy and sell them accordingly. To do otherwise, to justify price gouging by citing market forces, is to abdicate responsibility for your own actions to an impartial and consequently immoral force. In the eyes of many Highborn this is equivalent to stealing food from a child “because nature made you hungry”.

There is no formal organization of benefactors, but some have been known to gather in co-operation, and many of them use the symbol of the unbalanced scales, the upper pannier containing coinage and the lower (heavier) pannier containing some symbol of morality or humanity such as a heart or a skull.

A benefactor will have a means to support themselves, either through commerce at festival or through the season. They will also have one or more projects that interest them, and may feature in their chapter's creed, to which the benefactor's funds and resources are primarily directed. Groups of benefactors may collaborate on a project, and may even be part of a particularly commerce- or project-focussed chapter. Alternatively, they may come together with an intention of pooling resources that will collectively benefit individual projects or investments.

Examples of possible projects or Investments that may appeal to a benefactor:

The role of the benefactor can be found in various forms throughout various media. There are few adventurers and heroes who get very far without the means of a entrepreneur to aid them on their way. Examples include:

Though some of the examples above involve characters who play subordinate roles to the titular characters, the benefactor in Empire can be more of an equal partner and is rarely silent.