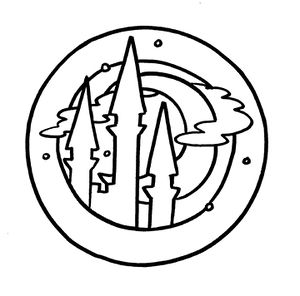 This was the improved quality the Urizen Citadel Guard developed as a consequence of the Unmade trove. It cycled through five options over the course of five events, then came back to the start. Once set in motion, the cycle couldn't be interrupted and continued to run forever (in theory). The cycle was begun during the Winter Solstice 379YE, appropriately enough with the technique of the Bond of Tears.

The power originally cycled through all six realms, but during the Autumn Equinox 382YE the eternal Sadogua "ate" the Night stage of the sequence as part of a boon offered to General Nicassia, permanently removing it from the sequence.

This quality incorporated all the benefits of the magic quality.

The ilium-infused mage armour and mage weapons empowered the Citadel Guard with additional opportunities to bring their magic to bear during a military campaign. This was an enchantment of their existing capabilities, and did not alter the ability to use the General as conduit for delivering magic, nor their ability to gather crystal mana when undertaking arcane consolidation.

The energies tapped by the equipment from the unmade trove shifted and changed in a predicable cycle, one familiar to any mage who has studied the night magic ritual Align the Celestial Net. Through this cycle, Day leads to Winter, Winter leads to Spring, Spring leads to Night, Night leads to Summer, Summer leads to Autumn, and Autumn leads to Day again returning the cycle to its starting point. There seemed to be nothing that can be done to impede, speed up, slow down, or interrupt the cycle once it had been set in motion, meaning that the General was required to think carefully about how best to employ the techniques the quality offered.

In each case, the General used the power of the appropriate realm by issuing appropriate orders. Each technique allowed a unique attacking order to be employed. There was no requirement that one of these orders be used; the army could still use arcane consolidation or any of the basic army orders.

In some cases, these techniques exceeded what was achievable with ritual magic alone. This was primarily due to the skill and experience of the combat magicians and ritualists who accompanied the army. They did not represent a single incidence of magic use but rather the careful and synchronised use of many magical effects over an entire season.

A word of caution – no other army in the world possessed mastery of cyclic resonance. Unexpected interactions between the five techniques and the power of enchantments, curses, or even the actions of other armies, were a constant consideration.

The magicians and artisans of the Citadel Guard provided a constant benefit to the force, allowing it to help with the targetting of rituals and to take the arcane consolidation order. In addition, the powerful benefits of cyclic magic meant that one additional technique was available to them each event. These techniques followed each other in strict rotation; each technique allowed the army the option of issuing a unique order that season.

The Citadel Guard contains many magicians, and soldiers trained to fight alongside magicians and help with the targeting of powerful rituals. If they are defending a territory then they can provide a bounty of crystal mana to their general for use in creating helpful enchantments.

Arcane Consolidation The army concentrates on making magical preparations, shoring up their reserves of mana crystals and seeking out nearby sources of magic. A portion of this bounty in the form of mana crystals was passed to the army general so that they can make the most appropriate use of it.
Ritual targeting
The Citadel Guard contains many specialized magicians and magical experts. The general of the army can serve as a focus for any ritual that targets a territory, replacing the requirement for that ritual to be performed at a regio in the target territory. This only works for rituals targeting the territory where the army was currently on campaign. The general must be present throughout the ritual. Examples of rituals that can be empowered in this way might include Frozen Citadel of Cathan Canae (although the target territory must still contain a suitable region), or a curse such as Rivers Run Red or Naeve's Twisting Blight.

Technique of the Celestial Key

Day resonates strongly with the symbols of divination and revelation. Even the merest apprentice beginning their journey to magical masters learns first how to divine the nature of magic before ever they touch it. There are few secrets hidden to the great masters of the Day realm. With this technique, binding the resonance of day to support the art of gathering and sorting information, the mages of the army can accumulate an awe-inspiring amount of intelligence in a short time.

Enlightened Scrying This attacking order uses divination magic to discover extensive details about the territory within which the army was campaigning. In addition to the map of the territory, it provides details similar to those acquired by a spy network including the location and size of fortifications, details of regions, and the presence of any actively operated bourse resource.

Technique of the Bond of Tears

Winter resonates with symbols of cruelty and survival. It preserves, but for all great powers of the winter magic there was a cost to be paid. At the same time that magic averts harm to the Citadel guard and allows them to press forward, their suffering falls on the allies of the army who take the injuries that might otherwise have crippled Urizen magicians. The technique was of limited value unless there was another allied army present to take any losses the Citadel Guard might otherwise suffer.

Winter's Mantle Winter preserves, but not without a cost. With powerful enchantments, crippling injuries are averted – but must be suffered somewhere. The army can afford to press forward to victory, secure in the knowledge that for a short time at least any losses will fall on their allies rather than themselves.

Technique of the Transcendent Claw

Spring resonates with symbols of destructive energy unleashed, with both storms and natural erosion by plants and weather. By channelling this resonance, the walls of a fortification can be overwhelmed either by a slow green tide or with devastating weather phenomenon.

Onrushing Storm This order damages and potentially destroys a fortification; it was especially powerful in that it can be used from a distance – the Citadel Guard do not need to engage the fortification and can indeed be involved in a campaign in an entirely different part of the territory.

Technique of the Shadowed Threshold

This technique was removed by the eternal Sadogua during the Autumn Equinox 382YE at the request of General Nicassia.

Technique of the Mountainous Ascent

Summer resonates with symbols of prowess and triumph. This technique allows the army to identify key strategic objectives, and helps to secure those objectives, allowing the army to quickly establish safe camps. At the same time, summer magic was used to infuse temporary fortifications to grant them extra strength, providing tactically significant locations which can serve as centres from which the army to expand outwards.

Irresistible Spear Summer magic strengthens and supports the army allowing it to swiftly establish a beachhead in a new territory, or to make an unexpected strike deep into enemy controlled areas.

Technique of the Coiling Chain

Autumn resonates with symbols of travel, communication, and binding. Channelled and focused, magicians warp synchronicity and serendipity to interfere with the command structure of opposing armies, impeding their ability to coordinate. The lingering effects of the magic warp the ability of enemy soldiers to move away.

Raise the Glass Labyrinth This attacking order weaves autumn magic around opposing armies, entangling them with a barrage of curses that interfere with the chain of command in subtle ways. It also creates a cumulative warping of chance that makes it difficult for them to withdraw or advance.
Retrieved from "https://www.profounddecisions.co.uk/mediawiki-public/index.php?title=Cyclic_magic&oldid=80997"