By the nature of the game, most of the rules for healing are centred around treatment of wounds sustained on the battlefield. Of course, illness, disease, ageing and death are facts of life in the Empire world, just as they are in our own, but it is unlikely that a character will suffer from a mundane pneumonia, cancer or stroke as a result of plot, therefore there is limited need to have a specific rules mechanism in place for their treatment. However, an attempt at explanation follows. 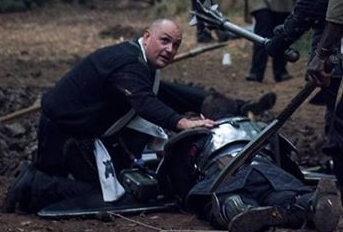 Battlefield healing is not for the faint hearted

The heal spell and its variants represent the channelling of raw power to knit bone, mend sinew and close wounds, magically restoring damaged tissue to full vitality. Immensely powerful and instantaneous, when used correctly, it is life-saving. However, its very power is its limitation - that creative force cannot be used with the precision to treat more complex internal maladies - just as traumatic wounds such as a ruptured spleen or liver require the meticulous and targeted hands of an operating physick, there is no way that a healing spell could be targeted to remove a tumour, clear a clot from an artery or repair the damage caused by a heart attack or stroke.

By that same logic, 'healing' rituals are limited. While a spring ritual to channel the regenerative powers of nature might succeed in reattaching a recently severed limb, an attempt to repair infarcted brain or scarred myocardium would be doomed to failure - it simply isn't possible to control such an awesome force in such a targeted way - the healing has gone beyond simple regeneration into the reconstruction and replacement of complex tissue structures, which is impossible. It could be considered analogous to holding a cigarette in one's lips and trying to light it with a flamethrower.

Some rituals, and bargaining with eternals, may allow life to be extended by supernatural means, but this is not healing in the true sense, and always comes at a cost. 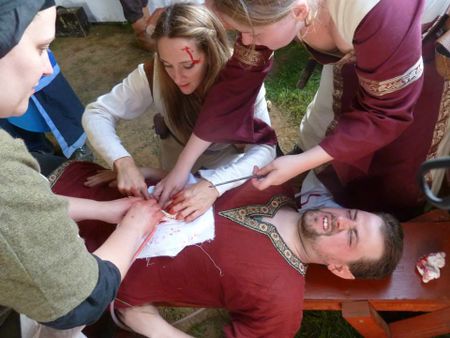 In-game, physick is both better and worse than real world medicine. In treating injuries it is far more reliable, as long as the patient is reached in time. Long term sequelae of trauma are rare, and recovery is usually complete. Magical herbs have curative effects on wounds and poisons, and full health can be restored within minutes.

All-cause mortality in the game world falls somewhere between the patterns of medieval Europe and the modern day. Deaths from accidents and trauma are rarer than in history, due to the availability of physicks and healing. The effects of local infections, too, are readily treatable, and therefore contaminated wounds and puerperal sepsis are far less common. Surgeons are skilled and hygienic; there is no bar to the study of anatomy and therefore it is well understood.

However, diseases akin to pneumonia, cholera and typhoid may still affect a population, and, like the medieval physician, IC physicks and healers may find their treatments limited to hydration, analgesia and some herbal remedies of unreliable effect. There are no effective antibiotics, no parenteral fluids and no transfusions.

Likewise, cancer, heart disease and stroke remain largely untreatable. A physick might remove a localised tumour, but there is no option to treat it once it has spread. All humans and orcs are mortal, and while physick and healing may prevent premature death, wear-and-tear and the passage of the years will still return each soul to the Labyrinth or into the Howling Abyss, and sometimes the physick's last and only ability is to relieve suffering and to ease that passage. 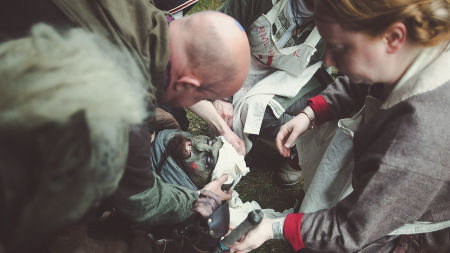 Mortal flesh requires food, water, warmth and air, and in their absence there is no power, magical or mundane, which can sustain it. Suffocation, starvation and hypothermia could be considered as similar to traumatic wounds - in order to restore hits, the precipitating factor needs to be removed within a given time, after which a skilled physick would be able to restore hits through treatment. Artificial respiration might be a suitable IC way of treating a nearly drowned patient ('restoring the breath'?), but it would also be fine to use any other IC method such as squeezing the water out by compressing their abdomen, moving their arms to stimulate breathing or inducing (IC) vomiting - it's the character's skills that allow the effect, which you can roleplay however you like.

An understanding of real world medicine can be a great basis for roleplay, but it's equally valid to be an incense-burning Kallavesi shaman, a Marcher barber-surgeon armed with hot pitch and leeches, or a Highborn priest who believes his ability to heal is the direct result of his personal virtue - all will work equally well IC as long as the correct skills are used. Researching and using medieval terminology would be a great adjunct to roleplay. At the same time, more modern names for bones and blood vessels (for example), while occasionally a little jarring, are not inappropriate for a physick to use especially one who has trained at one of the Imperial institutes of higher learning such as the University of Holberg.