Words by Jude to the tune of Cuncti Simus Concanentes. Call and response. 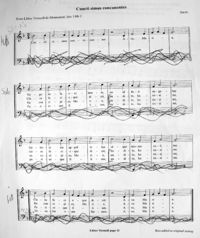 She was brave and she was daring, Captain of a swift corsair Grace was in her every movement, fiery eyes and flowing hair

Every word she spoke was treasure, when she smiled it brought me joy Every soul aboard adored her, first mate down to cabin boy

If I were a wealthy Captain, with a ship upon the sea I would sail a golden galleon,'Fair Inez' her name would be

With a hold packed full oftreasure, home upon the storm I'd ride I would lay it at her feet if only she would be my bride