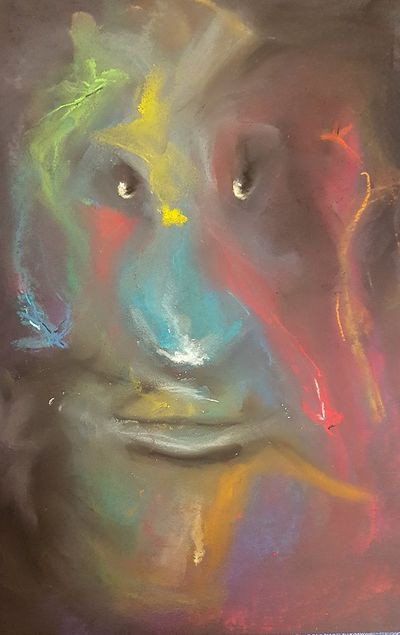 Lashonar the Loquacious sometimes appears as a wall of colours

It has a number of other names, and seems to make titles up for itself whenever the fancy takes it. Previous examples include Guardian of the Southern Skies, Keeper of the Gates of Wisdom, Eater-of-Silence, Speaker in Dreams and Conscience-of-Kings.

Lashonar is a serpent - a sinuous body with great feathered wings who seems at home in the air or on the ground. It is very rare indeed to encounter Lashonar in this shape. Like all eternals of Night it is a clever shapeshifter and takes on other forms as the mood takes it. The two most common appearances are as a colourfully-dressed bird-like man or woman usually clad in the style of The League or The Brass Coast, or as a wall of shifting colours that speaks with several voices.

To say Lashonar is talkative would be an understatement of epic proportions. It is almost constantly speaking, humming, whistling or making some other quiet noise. It flicks from subject to subject erratically, and appears to have a very short attention span - but is capable of suddenly circling back round to surprise those it is talking to with sudden insights or queries. 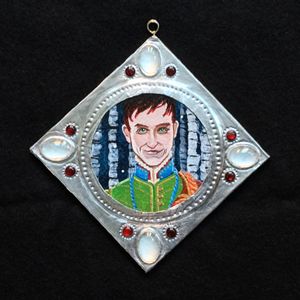 When meeting with Lashonar a magician is warned to be careful to avoid direct questions, especially questions to which the only appropriate answers are 'yes' and 'no'. Lashonar reacts unpredictably to questioning; general queries such as "How are you?" or those relating to opinion or supposition such as "Why do you think that is?" are usually safe. Specific questions are dangerous - one enchanter was struck with a malediction that forced them to verbalise their innermost thoughts as a consequence of asking Lashonar exactly why it was interested in a certain bard.

Heralds of Lashonar often have a bird-like appearance, and many have a reputation for being petty thieves. They are generally as loquacious as the Conscience-of-Kings, and tend to view visits to the mortal Realm as an amusing holiday rather than a serious duty.

Lashonar exists to communicate, and is quite capable of conversing with itself if it has nobody to talk to. Indeed Lashonar has been observed arguing both sides of a question with equal vigour, and occasionally creates duplicates that appear to house variant personalities, simply for the joy of being able to engage in multiple conversations at once. Lashonar is often characterised as insane, but this is unfair - rather its mind operates very differently from that of a human and it is simply trying to vocalise the many insights that assail it every moment. 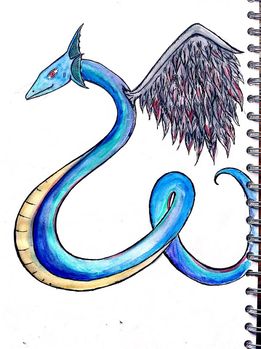 Lashonar loves pictures of itself

All forms of active communication are important to Lashonar. It is largely disinterested in written works, pamphlets, or similar texts with the single exception of personal letters (especially love letters) which it is believed to eat after it has read them. Previous experience with Lashonar has shown the being to be far more interested in hearing the recital of doggerel by a small child than in receiving an entire book full of the finest examples of Wintermark poetry.

Lashonar delights in performances of singing, poetry, storytelling and drama, as well as furious debates; gossip and rumour; and the solving of mysteries. It loves to hear secrets, but often finds itself at odds with the Whisper Gallery; where that group of eternals hoard secrets, Lashonar effectively destroys them by sharing them with all and sundry.

The Eater-of-Silence loves innuendo, subtle references, double-meanings and clever speakers. It has little time for demagogues, unless they are entertaining, and becomes restive when exposed to monologues. It much prefers the give-and-take of conversation to passive listening. It has an endless capacity for gossip, the more salacious and entertaining the better.

As with all the winged-serpents, there is a more complex side to Lashonar that is easy to overlook. It encourages others to communicate because it is endlessly fascinated by the ways mortals use words to influence each other, especially how they change the feelings and emotions of others. It loves to hear stories of how people change the attitudes of others, or effect actual changes through speech.

It actively opposes efforts to restrict communication; its supporters have several times attempted to overturn laws of heresy and blasphemy that restrict speech. The eternal also dislikes things that restrict free movement - the ability to go to strange places and talk to strange people is a fundamental right of all thinking beings as far as it is concerned. It encourages the creation of embassies, the use of diplomats rather than armies, and the removal of barriers to travel. Its interests in this regard often align with those of the eternal Janon, who opposes anything that restricts mortal ability to follow their passions; the two are believed to be occasional allies. 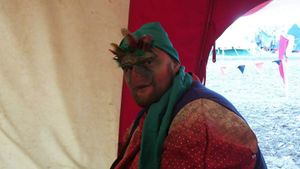 Boons from Lashonar almost always include speech, communication or movement. It has been known to grant enchantments that empower inspirational speech, and curses that do everything from encouraging the target to lie constantly to removing their ability to speak above a whisper - or below a shout. Lashonar is also known to possess magical drinks made from fruit and honey that can remove curses or empower orators to gather great congregations.

It can also grant abilities to travel, and seems to have an affinity for the use of portals matched by few other eternals.