The magistrates are official Imperial characters who operate the legal system, conducting trials and overseeing the application of the law. Their role is to involve players in the legal process as thief-takers, detectives and militia etc. The point of the magistrates is to do everything in-character, to make murder as difficult to get away with as humanly possible. The goal is to redress the balance of games in which murder is trivial and the cheapest solution to any political problem. Empire is intended to provide a PvM game for players combined with a PvP political game. The magistrates exist to try to ensure that most conflict between players remains political. It is possible for a magistrate to play other roles some of the time if they wish.

Being a magistrate requires some charisma and personal presence. The magistrates have the full backing of the setting, but that will not serve if they cannot get the support of the majority of players. Magistrates need to be unbiased and although they are encouraged to play the role on an ongoing basis they should avoid becoming embroiled in the politics of the game; like all civil servants they are compelled to remain honest and impartial by the magical power of the oaths they have sworn. Being a magistrate is a great role for anyone with an intuition for skullduggery and a sense of drama for making court scenes dramatic. 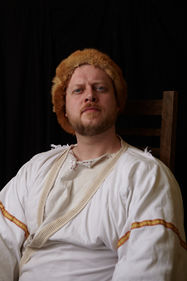 We are looking for one or two other magistrates.