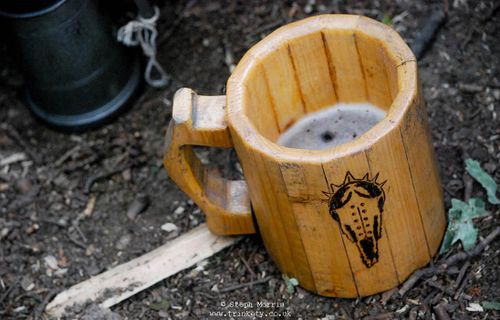 An item's worth lives in the tales it bears.

The Night of Worth is an Imperial Orc celebration that takes place during the Spring Equinox during which orcs share some of the stories that surround items of worth. As the number of Imperial Orcs attend Anvil, the festival has grown in length. As a result the egregores have asked the oathwrights to take a central role in organising the celebration, and particularly for the Weigher of Worth to oversee the night at Anvil.

As far back as any orc can remember, they have told each other tales related to items of worth. The practice does not seem to be restricted to Imperial Orcs; it is believed that Jotun, Thule, Grendel, and even Druj orcs have similar traditions. Some believe that tales of worth increase the worth of the items described, with the tales serving as an anchor for the history of the orc nations and the triumphs of their ancestors.

During the time of Imperial slavery, tales would be told in whispered voices, out of ear shot of the humans. It was common for groups of orcs to create small caches of items with tales attached that helped to maintain some sense of history and identity. To the humans they might look like some old scratchings on a scrap of rotting leather, or some simple carvings on an ancient piece of wood, but to the captive orcs they were a tangible piece of their history.

After the Orc Rebellion and subsequent integration of the Imperial Orcs into the Empire, the tales of worth continued to be told but it was only comparatively recently that two Legionnaires - Irontide Kask and Irontide Bruk - formally celebrated the first Night of Worth at Anvil during the Spring Equinox 379. Since then, the Night has taken place annually and its observance has spread through the nation.

Some Imperial Orcs believe that the Night of Worth should remains a celebration purely for orcs. Just as their ancestors told tales in secret away from the eyes of their slavemasters, so they too should keep the most important stories of the Orcs for orc ears only. Others are more accepting - they allow humans to attend the Night of Worth, even going to far as to allow those who wish to gift something of worth to an Orc, or the Orc nation, to tell a tale of their own before the assembled Imperial Orcs.

Before the Night of Worth

On the Friday evening at the Spring Equinox, the Weigher of Worth, will formally announce to those Orcs present “Who wishes to tell tales of their items at the Night of Worth?” From that moment on until Landsmeet om Saturday evening, anyone who wishes to tell a tale should speak to the Weigher or the oathwrights about their item and its worth. An hour before festival begins, the Weigher will discuss the tales with the other oathwrights choosing the most important tales to be heard. They will discuss the stories that have been brought to them and decide which they believe have the most merit or interest to the nation. The egregore has asked the Weigher to make the final decision on which stories will be heard, but asked them to listen to the views of the other oathwrights to ensure that all who have tales to tell receive a fair hearing.

It should be understood that will usually be many more tales than there is time available to tell them. The Weigher of Worth will select up to nine tales to be told as part of the celebration, with other tales being saved for later after the formal part of the festival has ended. It should be viewed as an honour to be called on to tell your tale, not an insult that the Weigher and the oathwrights have chosen to hear another story.

A Time for Tales

At nine o’clock in the evening, the Weigher of Worth announces that the Night of Worth will begin and welcomes everyone to the Orc camp. They will begin by stating who will be called on to speak their tale, then invite each of them in turn to tell the tale of their item of worth. Once the tale is complete, they thank the tale-teller an move on to the next story. The Weigher is not required to wait until the end of the tale to thank the tale-teller. It is the responsibility of the Weigher to preserve the value of the Night of Worth, so they may interrupt a tale-teller at any time, thank them, and move on to the next story. It is extremely bad manners to refuse to stop speaking once the Weigher has given their thanks and moved on. 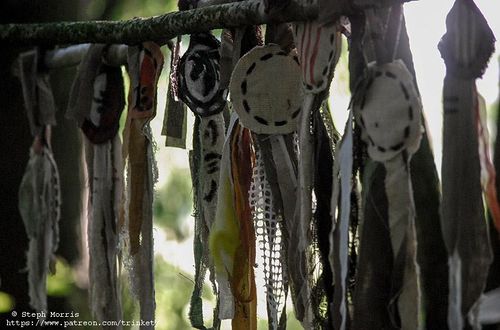 Some orcs give small tokens to their friends.

The End of the Night

Once the tales chosen for that Night of Worth are done, the Weigher thanks everyone for coming in a short formal speech that serves as a reminder of the value of these tales, and the items of worth they are connected to. What happens next depends on the nature of the Orcs gathered together - it may turn into a raucous party with more singing, or the Orcs may split up to tell stories in smaller groups.

The Night of Worth is increasingly seen as an appropriate time to give gifts, especially to pass items of worth to new bearers. Some Orcs make a point of making small tokens to give to friends or family - especially those who live elsewhere or plan to undertake a long journey. The intention is that the recipient carry the gift with them over the next year, so they may accrue worth.

Other Nights of Worth

While many Orcs make a point of visiting Anvil to participate in the largest Night of Worth, the festival is also observed acoss Skarsind, and wherever the Orc legions may be camped. As there is only one Weigher of Worth, during these smaller festivals, the oathwrights attending the gathering select one among their number to lead the proceedings. This chosen oathwright then formally begins the celebration by asking who has a tale to tell. In the event the Weigher of Worth and any proxy are not able to attend Anvil, it is likely the same procedure would be followed. It is generally considered bad luck to celebrate the Night of Worth without at least one oathwright to oversee the proceedings.