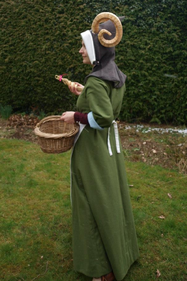 A quiet word is a wise word

Traditional wisdom in the Marches is often contained in pithy, short phrases full of meaning that contain practical advice. These proverbs are often admonitions or advice. There are many more of these than any one person could hope to collect.

The easiest way to make your own sayings is simply to adopt one that isn't especially well known in modern times. Many websites exist with lists of folk sayings to help you out. A more ambitious option is to take a more common saying such as "A rolling stone gathers no moss" and give it a Marcher twist.

Some useful websites include American Folksayings, proverbs and maxims;