...and after he burned in t' Wicker Man, he was conceived again that very same night, and born again the Pete we knew and loved just nine month later. Which, if you ask me, just goes to show how shriving's just about t' best way of getting you through t' Labyrinth in no time at all... 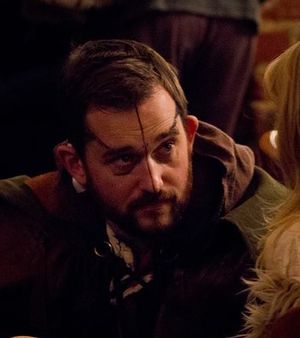 A team of Torchbearers led by Livia Cascade, the Seer of the Gateway, has spent the time since the death of the Empress Britta recording accounts of Past-Life Visions witnessed by citizens of the Empire. Recently, these accounts have been published across the Empire for the first time by a publishing-house in Redoubt named the Spider's Vantage Spire.

It isn't the first time that accounts of Past-Life Visions have been published in the Empire, but it's the first time in living memory, and quite possibly the first since Nicovar's purge eradicated almost all references to those which came before. Inevitably, the accounts provide a basis for the flavourful embellishments of storytellers from less astringent traditions than the Torchbearers of Urizen. 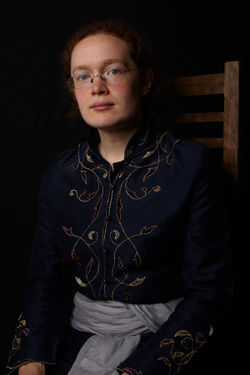 The accounts have been eagerly devoured by citizens with a passion for these matters, right across the Empire. Many Navarri shudder at the account of the fall of Terunael given by one who remembered it. Highborn wayfarers debate an ancient exarch's decision to honour a herald who helped him establish his chapterhouse. Winterfolk listen, wide-eyed, to their scops relating the account of how their last King negotiated with the First Empress' ambassador. A few Imperial Orc preachers read the accounts with an outsider's interest - and try to bite back their distaste at the mentions of their ancestors in chains. And in Sumaah - well, who knows what the Sumaash think about all this?

Exarch, I would like to request a few days' leave of absence, if I may. These accounts of past lives that have come in from that publishing-house in Redoubt - I believe they are worthy of study. If the transcripts appear virtuous then I would like to recommend them to the members of our chapter. I could read them to you first, if your eyes will not permit it?

If you read these accounts, you may roleplay that your character has read them too, heard about them from a troubadour, a scop, a friar or a sutannir, overheard them at the tavern or down at the docks, or from a passing Navarri Striding, or wherever your character listens to stories going round.

OOC Note On The Documents

The accounts are largely the work of a player, Isobel Hooper, who plays Livia Cascade, and Nick Bradbeer who plays Hywel, with help from a number of other player-characters. They are in-character documents which represent accounts a particular character has decided to give of other people's stories relayed to them - and neither they nor their interviewees are compelled to tell the truth in whole or in part. Their widespread publication across the Empire will have unpredictable effects in the years to come. But I wouldn't worry about that now. For now, you should probably just enjoy the accounts.

Like fuck he's Anabela, the lying toerag. That's a step too far - that's a step too far, I say! If he was here right now, I'd have a bloody quarrel with him, I'd punch him right square in the nose, I w- oh. Oh, hello, hello there. Ladies. Hello. You, um... you look a lot like you're from the Gilded Horn... what, quarrel? Me? Hahaha, no, no, not at all... no, there's really no need for knives!
Retrieved from "https://www.profounddecisions.co.uk/mediawiki-public/index.php?title=Spreading_the_word&oldid=86691"