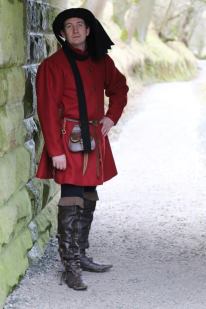 A steward is the chosen head of a Marcher household. The title is appropriate to both men and women. A steward leads their household only with the consent of the other yeomen. Those who give themselves airs and graces rarely remain steward for long.

The steward of the household that controls the largest amount of land in a territory selects the Senator to represent that territory. The steward might have the land-majority through the possessions of their own household, but it is also common for one to have the support of smaller households who swear allegiance to them.

While stewards commonly own land themselves, it is not a requirement - the support of the household is all that matters.