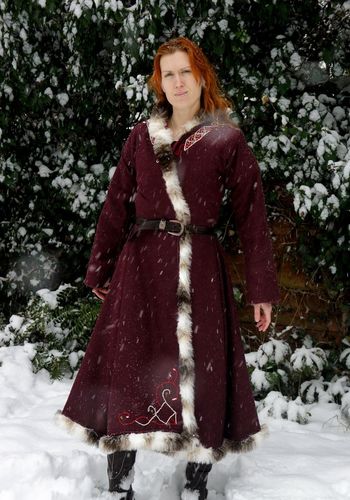 Stzena are bands of musicians who enjoy a unique role in Varushkan and Imperial society. They are the official musicians of Varushkan settlements, and are responsible for composing and performing music for all important civic events, local festivals and ceremonies. While individual members may also perform as individuals and in smaller groups, their responsibility is primarily to their village, and most of their work commitments are with the Stzena. Historically, they were watchmen and sentries who were responsible for raising the alarm in with loud horns and drums when it came under attack from monsters, raiders or barbarians, but as the Wardens grew in influence and reach, the role of the Stzena became more musical and less militant, but no less important for that. Varushkans believe firmly that celebrating together keeps the night outside at bay, and the Stzena take their duty in leading this very seriously. However, many Stzena, particularly from smaller and more remote hamlets, also practice another trade, as the musical work is not generally well-paid, especially given the Varushkan prohibition of singing and playing during daylight hours. When Varushkan dignitaries travel elsewhere in the Empire, they may take a local Stzena with them, both as a mark of status and also to entertain their retinue and the other Varushkans there.

No Stzena would dream of performing before nightfall (at least, not on Varushkan soil). Once the sun has set, however, they act as a focal point for their community, and usually Varushkans (particularly when far from home) gather together around them to drink, feast, dance and sing.

When creating a group of Stzena, you should decide on a territory and name a settlement from which your group comes. It is not necessary to be attached to a dignitary or group from the same area, but you may find this a good starting point. It is perfectly acceptable for several Stzena to come from different villages in the same area, and we would encourage a friendly (or not so friendly rivalry) between neighbouring groups.

It is usual for Stzena to perform for their national representatives at least once at any festival. If multiple Stzena are there, this usually takes the form of a friendly competition, where all the bands present play a set to entertain the Varushkan camp, at the end of which the audience cheer and stamp for their favourite, and the most senior Volhov present arbitrates a winner from amongst the bands. Usually the groups then share a drink and play a few traditional Varushkan songs together.

Fortunately playing a musician does not require any character points, so you can build any character you like, with your role as a Stzena musician simply adding an extra dimension to your game. The martial heritage of the Stzena makes using your points on combat-type skills a sound investment, but really there is no "wrong" character build.

You should read through Varushka Music and consider learning a few or more of the popular songs there, but please don't feel restricted to the material presented. Use the material and inspiration songlists as a starting point for your own creativity, and please don't forget to update the wiki with your own music so that it can become part of the national sound.

You don't need to be a virtuoso musician to play this type of character - Stzena are community musicians who often perform in their spare time rather than as full-time professionals, and a rough-and-ready sound is part of their musical style. Varushkan music prizes participation, enthusiasm and fun over mere technique, and the more people taking part the better.