Menos, the Urizen Egregore, amost always appears to have Lineage. Its often that of a golden skinned individual with a calm and polite demeanour. It plays the role of observer, commentating on the events around it and loving the interplay of conversation with intelligent and educated individuals from all walks of life. 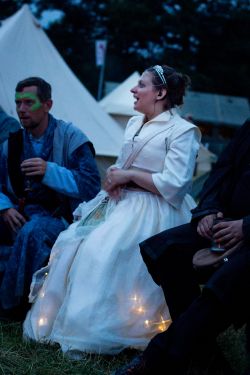 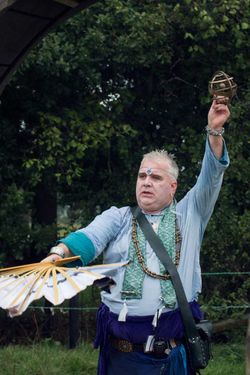 Theodosia of Canterspire initially trained as a priest of Wisdom, before discovering an arête for healing magic. With a keen understanding of the details of human existence, she sometimes struggles with Menos’ habitual calm detachment and often takes on the role of wise counsellor or mother of Urizen in order to remain both involved in the nation’s affairs and grounded in the mundane world. When the time comes for action, she prefers to step back and give other members of the nation – particularly younger citizens – the opportunity to prove their worth. With little patience for the politics of Conclave, she can usually be found on the battlefield or enjoying music, debate and fine wine at the campfire.

Philostrate is an aged Draughir sentinel who had his first taste of war when the Grendel invaded Spiral and Hadrian shattered the lighthouse at Apulian.

Spending his years in Spiral coordinating resistance against the Grendel, he maintains a keen interest in strategy and tactics, in politics as well as in war and particularly the interconnectedness of people and events in the Net of the Heavens.