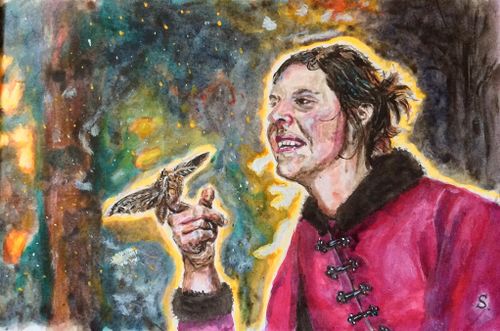 Paragon of Wisdom, who commanded beasts to serve.

Zoria was recognised as a Paragon of Wisdom by the Highborn Assembly of the Virtuous shortly after its founding.

The common legends date back to when the Ushka were a young people. So legend has it, Zoria was a Sorceress possessed of great insight and knowledge who lived in the depths of the Great Wilds and learned the names of all the creatures of the wild; bird and beast, fish and fowl. Using their names, Zoria could command them and they served her. One day, in return for a kindness done to her by a hunter lost in the Great Wilds, she commanded beasts to serve the hunter by carrying burdens, providing wool, food and companionship. The hunter went on to be the first farmer and their people prospered.

She is also credited with weaving the first cloth dyed with iridescent gloaming.

The assembly of Wisdom cited the following signs as proof that Zoria was a paragon.