Rodrigo leaned in closer to his victim. The woman had a black eye, and blood crusted both nostrils. Her lip was swollen. She still stared back defiantly.

The bravo cracked his knuckles. She did not appear impressed. He drove a clenched fist into her stomach, forcing the air out of her. She would have collapsed had not the twins - Vittorio and Vanesca - held her upright between them.

He inspected his clenched fist, sounding the runes tatooed on his knuckles out in his mind. Might, Ending, Wisdom, Chance.

"Who are you working for?" He asked without looking at his prisoner. "Is it Isabella? Von Juntz? Carlotta?"

The woman shook her head slowly at each name, and simply stared at Rodrigo, tight lipped. It infuriated him but he tried not to let it show.

"Well it doesn't really matter. You're going to take a long stroll off of a short pier either way it turns out." He said. He leered. "Any last words?"

His prisoner licked cracked lips, swallowed, and spat bloody phlegm on the floor dangerously near his boot. Then she said something, quietly. Rodrigo strained to hear.

"What was that, soon-to-be-a-floater?" He asked, still leering.

She looked up then, and smiled a radiant smile and said:

Rodrigo laughed, and so did the twins.

"Under ... arrest! Oh that is priceless! Under arrest!? Who is going to arrest us? You?"

Their laughter cut off suddenly, as the rear door of the warehouse exploded into splinters and Niccola came sprawling backwards through it, unconscious before she hit the floor.

"Honestly ... you vyig." said the woman calmly, as the warehouse began to fill with militia, and the twins nervously raised their hands.

"You have such a knack for well-timed dialogue. It's a pity more of you don't take up acting."

During the Summer Solstice, a force of League citizens launched a daring strike against a gathering of the illegal vyig criminal gang in the jewelled city of Sarvos. The subsequent interrogation of captured members of the vyig has lead to warrants for the arrest of a number of lower-tier agents and sympathisers being issued to the Sarvosan militia. Within a few weeks of the Summer solstice, vyig operations in Sarvos have been brought to a close - along with a number of other criminal enterprises that came to the attentions of the magistrates during their extended operation.

This decisive strike against the criminals of Sarvos is also credited as a major influence on militia recruitment, which has seen a significant upswing in the last three months. It seems that, given evidence of the effectiveness of taking a stand against the vyig, the spectre of fear surrounding that organisation has been severely damaged (at least in Sarvos). The magistrates are quick to capitalise on this influx of volunteers, organising several effective strikes against secret vyig operations outside the city, as well as the more traditional criminal activities taking place within it's walls.

When the dust clears, only one significant Sarvos vyig is unaccounted for - thanks in part to the effectiveness of the militia, and in part to the swift actions of a number of bounty hunters. Livueta Garovich di Sarvos seems to have slipped past the long reach of the law. Known for her big mouth and loud bravado, she was one of the most brutal lieutenants of "Uncle Sarvos" hardest lieutenants. Always ready with a knife in the hand it is rumoured she was involved in the mass murder of Donatella's Divers and the cold blooded assault of Alonso di Sarvos. She is to be considered armed and extremely dangerous, but is likely to have gone into hiding - or to have fled the Empire altogether given the ease of taking passage on a ship bound for foreign shores. There is still an outstanding warrant for her arrest, however. 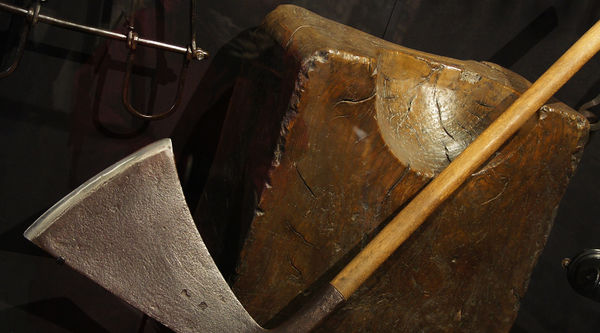 Where execution is merited, it is swift, sharp, and final.

The actions set in motion by the League heroes during the Summer solstice have lead to three distinct developments. In each case, these are only obvious effects or opportunites, and creative citizens may be able to find other interesting ways to take advantage of this situation.

There has been a signficiant upswing in enthusiasm for the militia in Sarvos. Any League citizen who spent the bulk of the last season in the Jewelled City, and has ever considered volunteering for the militia, will feel an urge to do so at the next event. This is easy enough to resist, but it will recurr any time you see a magistrate or a member of the militia about their duty.

A number of personal resources - two busineses, a farm, and a forest - have become available in Sarvos for League citizens. These are siezed assets, taken from the vyig, and as such are likely to be presented by public auction on Saturday evening. As personal resources, the winning bidder will need to arrange the usual paperwork to take control of their new resource - and pay the usual 2 crowns administative fee in addition to their winning bid.

The assembly of Vigilance has an opportunity to capitalise on this success. Membership of the vyig is already illegal, thanks to a motion of the Senate. With a suitably worded judgement, the assembly of Vigilance could choose a named priest to coordinate local adherents of the Way and volunteers to actively encourage oposition to the vyig in one of Tassato, Holberg, or Temeschwar. With seperate judgements, and a different priest chosen each time, the assembly could encourage resistance to the vyig in each of these three cities.

The chosen priest would need to be equipped with plenty of liao. The effectiveness of the project in a given city would depend on how much liao the priest submitted. The decision on how much liao to use is entirely in the priest's hands, once the assembly has appointed them to the task, and they may employ any amount they wish within the following guidelines (and assuming they have sufficient supply).

In each case, if the assembly passes multiple judgements then multiple priests will be appointed and all will need to provide their own liao and set their own "level of response".

Regardless, the final outcome would also be subject to the nature of the city targetted. It will be much more difficult to impact vyig activity in Temeschwar than in Holberg or Tassato - not least because it is likely that even independent criminal outifts from other cities may be somewhat nervous about this and may be looking at how best to secure their own organizations against similar strikes.

In each case, the priests have chosen to present active opposition to the vyig. While this will significantly damage vyig activity in the three cities, it will cause extensive disruption and impact the production of all businesses in Tassato, Temeschwar, and Holberg.

You can learn about the outcome of this event here